The Federation of Palestinian Chambers of Commerce, Industry and Agriculture (FPCCIA) was founded in 1989 during the general assembly meeting of the Union of Arab Chambers in the United Arab Emirates in the presence of representatives of the PLO’s economic directorate who officially handed over the PLO’s economic affairs to the FPCCIA. For a decade and a half, FPCCIA and its affiliated chambers operated under the Jordanian Chamber Law and its bylaws in the West Bank and under Egyptian law in the Gaza Strip. Mandated to represent Palestinian chambers and the private sector on both the local and international levels, they lobbied and advocated for the interest and benefit of the private sector and aimed to foster a business-enabling environment. Following the establishment of the Palestinian Authority, a national Chambers Law was approved in 2011; the bylaws were adopted by the cabinet in 2013. They aim to manage new developments, clarify the roles and tasks of chambers, and serve as the fundamentals of good governance. It is important to highlight that chambers played a significant political, social, and economic role during the decades that preceded the establishment of the Palestinian National Authority. 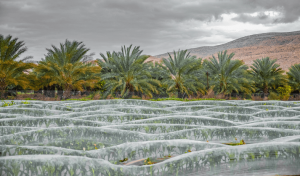 The federation’s mission in facilitating Palestine’s economic and social development rests on four pillars. First, it engages to enhance the performance of the chambers of commerce and industry and to facilitate their contribution to Palestine’s economic development by providing quality services to its members and the private sector. Second, the FPCCIA influences and participates in policy-making to improve economic and social legislation that affects private-sector performance. Third, the federation promotes networking by strengthening relations among national, regional, and international chambers. And fourth, it promotes the consumption of national products to strengthen the local economy. Through such engagement, the FPCCIA and its general assembly aim to develop the institutional structure of the federation and the chambers, improve the quality of the services that are provided by chambers, utilize the federation’s network for the benefit of the Palestinian private sector, and lobby and advocate in order to improve the business-enabling environment.

The federation’s organizational structure comprises the general assembly, the FPCCIA council that acts as its board of directors, the general secretariat as the executive body, and the various Palestinian chambers of commerce, industry, and agriculture.

The FPCCIA council serves as its board of directors. It includes the chairpersons of all the chambers and currently has 18 members. The council is an elected body, and its mandate is specified by the Chambers Law and the general assembly. Thus, the council is responsible and held accountable for the implementation and review of the strategy, the action plan, and the policies that have been approved by the general assembly.

The general secretariat is the federation’s executive body. It comprises the staff that is responsible for the federation’s day-to-day operations and for implementing the council’s decisions and policies.

Palestinian chambers of commerce and industry were established during the British Mandate at the beginning of the twentieth century. In 1936, the Arab Jerusalem Chamber of Commerce and Industry was officially established under this name. Most chambers in the West Bank and Gaza were established during the 1940s and 1950s as autonomous legal bodies that represent the interest of the private sector on the district level. Until the mid-1990s, the chambers’ services were limited to traditional services that ranged from membership registration to the issuing of certificates, recommendation letters, and certificates of origin.

The FPCCIA and its chambers aim to strategically improve the Palestinian economy and thus provide high-quality services to their members, the private sector, and the community as a whole. Business development services are considered core services that are provided based on chambers’ tasks and roles, as listed in the relevant laws and bylaws. Consultancy, guidance, and training on various topics that address members’ needs are provided by most chambers either through their employees or through experts that are outsourced for specialized subject matters.

The human capital in Palestine is the driving force of production, services, and construction in the private sector and the general labor market. When the federation and the chambers recognized that skill gaps and a lack of specialized professionals pose major challenges for the private sector, they decided to add technical vocational education and training (TVET) to their organizational structure. Thus, 13 TVET units were established in the West Bank that operate under a coordination unit that serves as the focal point for all TVET activities and networks with organizations and with national and donor authorities. With the facilitation of skilling and upskilling and through the designing of technical, vocational, managerial, and soft-skills training sessions, the FPCCIA and its chambers have supported the labor force in general and specifically targeted unemployed women and youth in efforts to fill skill gaps and shortages in the labor market. The federation as the technical delegate has joined WorldSkills and represented Palestine in the WorldSkills competitions of 2017 and 2019.

Lobbying and advocacy are further core services that the federation and its chambers consider important in their efforts to promote the interests of the private sector. They are deeply involved in drafting laws and regulations, such as, for example, the Companies Law, the Labor Law, the Minimum Wages Law, the Income Tax Law, the VAT Law, the Social Security Law, and more.

The Palestinian chambers of commerce and industry are recognized as the main representatives of the private sector at the district level; they represent all sectors, and all segments of the business community are represented among their membership base.

The federation and its chambers consider the promotion of Palestinian products and the facilitation of access to external markets as crucial forms of support that are provided in order to expand Palestinian exports to traditional markets and penetrate new markets. This is achieved by organizing and participating in regional and traditional trade fairs and by bringing together business-to-business delegations. In addition, the federation has succeeded in implementing a cluster development approach, engaging with support from the French Development Agency. Thus, for example, the Leather and Shoes Cluster in the Hebron chamber has witnessed significant successes among the five clusters targeted by the project.

During the last three decades, FPCCIA has successfully built a strong network of relationships with regional, international, and local organizations. The International Labor Organization and the Arab Labor Organization acknowledge the FPCCIA as the representative of employers, in addition to government and trade unions in the tripartite. The federation is a board member of the Union of Arab Chambers, a permanent board member of the Islamic Chamber, and a member of the World Chambers Federation and other regional organizations and committees. The German Society for International Cooperation GIZ, the Belgian Development Agency Enabel, the Cologne Chamber of Commerce and Industry, UNDP, and the Japan International Cooperation Agency, for example, are strategic partners of the FPCCIA and have implemented joint projects and interventions in business development and TVET. In addition, the FPCCIA is a board member of the Palestine Standards Institution, the Palestine Investment Promotion Agency PIPA/Palestine Industrial Estates and Free Zone Authority PIEFZA, the TVET Commission, the Council of Higher Education, and more.