It was probably a coincidence that brought me back twenty years. When I arrived in Jenin in September, I did not expect to relive this overwhelming feeling. Jenin is still the same inextinguishable flame that is home to fearless young men who are not intimidated by any potential Israeli invasion. 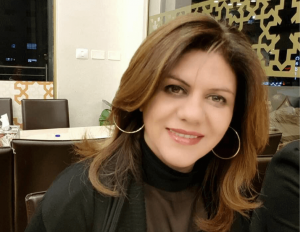 The success of the escape from Jalbou’ Prison was the reason I spent a number of days and nights in the city. It was like going back to 2002 when Jenin lived something unique, unlike any other city in the West Bank. Towards the end of Al-Aqsa Intifada, armed citizens spread out all over the city and publicly dared the occupation forces to raid the camp.

In 2002, Jenin became a legend in the minds of many. The battle in the camp against the occupation forces that April is still powerfully present in the minds of its inhabitants, even those who were not yet born when it happened.

Returning to Jenin now, 20 years later, I encountered many familiar faces. In a restaurant, I met Mahmoud who greeted me with the question, “Do you remember me?” “Yes,” I replied, “I remember you.” It is difficult to forget that face and those eyes. He continued, “I was released from jail a few months ago.” Mahmoud was wanted by the Israelis when I met him during the years of the Intifada.

I relived those feelings of anxiety and horror that we experienced every time we met an armed person in the camp. Mahmoud is one of the lucky ones; he was imprisoned and released, but the faces of many others have been turned into symbols or mere memories for the inhabitants of Jenin and for Palestinians in general.

During this visit, we did not face any difficulties in finding a place to stay, unlike ten years ago when we had to stay in the homes of people we did not know. At that time, people opened their homes to us since there were no hotels.

At first sight, life in Jenin may appear normal, with restaurants, hotels, and shops that open their doors every morning. But in Jenin we have the feeling that we are in a small village that monitors every stranger that comes in. On every street, people ask the crew, “Are you from the Israeli press?” “No, we are from Al-Jazeera.” The yellow Israeli vehicle plates raise suspicion and fear. The car was photographed and the photograph was circulated several times before our movement in the city became familiar to inhabitants.

In Jenin, we met people who have never given up hope; they have not allowed fear to infiltrate their hearts and have not been broken by the Israeli occupation forces. It is probably not a coincidence that the six prisoners who managed to escape are all from the vicinity of Jenin and the camp.

To me, Jenin is not a one ephemeral story in my career or even in my personal life. It is the city that can raise my morale and help me fly. It embodies the Palestinian spirit that sometimes trembles and falls but, beyond all expectations, rises to pursue its flights and dreams.

And this has been my experience as a journalist; the moment I’m physically exhausted and mentally drained, I’m faced with a new, surprising legend. It might emerge from a small opening, or from a tunnel dug underground. 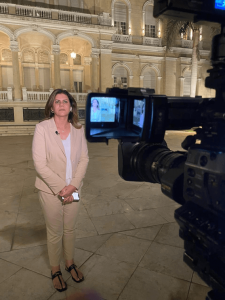 For 24 years I have been covering the Palestinian-Israeli conflict for Al Jazeera. In addition to the political issue, my concern has been and will always be the human story and the daily suffering of my people under occupation. Before joining my current channel, I was a co-founder of Sawt Falasteen Radio. Throughout my career, I have covered four wars against the Gaza Strip and the Israeli war on Lebanon in 2009, in addition to the incursions into the West Bank. Furthermore, I have covered events in the United States, the United Kingdom, Turkey, and Egypt.