With a foreword by Rev. Dr. William J. Barber II and Phyllis Bennis 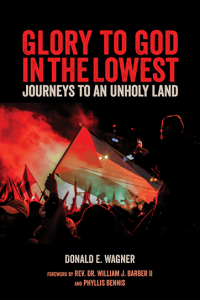 This book outlines a personal, political, and religious journey from Evangelical Christian faith and conservative politics to solidarity with the poor and advocacy for anti-war, anti-racism, and Palestinian rights.

After serving for five years as a pastor in a remarkable Black church, Donald Wagner comes to fully understand the original sin of racism. As his journey continues, he encounters another marginalized people – the Palestinians – and witnesses their struggle for justice and equality. Touched by their resilience and fight against injustice, he leaves the pastorate to assume full-time work as an advocate for Palestinian political and human rights.

The memoir begins in mid-September 1982, with a gut-wrenching day of interviewing survivors of the Sabra-Shatila massacre in Lebanon, as they wept and waited for the bodies of family members to be pulled from the rubble. Donald Wagner’s conversation with the local imam ended with a challenge: “You must return home and tell what you have seen. This is all we ask. Go back and tell the truth.” 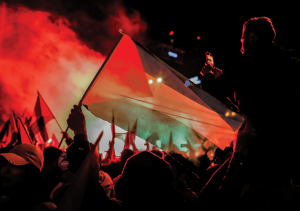 The memoir touches on history and includes political analysis and theological reflection. In it, Donald Wagner describes Israel’s continued colonization and destruction of Palestinian lives and chronicles his involvement in a grassroots movement of resistance that demands justice based on full equality, an end to the Israeli military occupation and settler colonization project, the right of return for Palestinian refugees, and full political rights for the Palestinian people.

Filled with stories – some humorous and some shocking – as well as encounters with people of every race, gender, and religious affiliation working below the radar, this book will inspire, challenge, and offer a narrative that envisions a transformed “unholy land,” where justice, liberation, and equality for all is the reality for every citizen.

“Glory to God in the Lowest provides a rare view of the spiritual turmoil which led Don Wagner, an untypical Christian Evangelical, to a painful life journey of unpredictable commitment to helping ‘the Lowest,’ or the Palestinian, and discovering along the way what is unholy about American foreign policy and its totem pole of values.” Ghada Hashem Talhami, D. K. Pearson Professor of Politics, emerita, Lake Forest College