Yousef al Khalidi was a remarkable and influential personality in historical Palestine. While reading about him, I could not but recall Rossini’s aria about Figaro “Figaro here, Figaro there, Figaro up, Figaro down.” Yousef was here and there, up and down, always dynamically influencing and impacting the society, the state, and the city he belonged to. 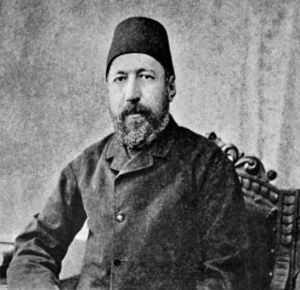 He was born into one of the two famous families at that time, his own being well established as a local political authority and well educated. His father was a deputy magistrate (i.e., qadi, judge of a Sharia court) and chief of the Jerusalem Sharia court secretariat for about 50 years.

Yousef’s life was shaped as a teenager when he became interested in the current affairs of the world. In his early writing at the age of 17, he expressed his thoughts on the topics of personal dignity and the individual’s quest for freedom. At that time, the European powers were becoming more focused on Ottoman affairs, usurping the wealth of the large regions that formed the Ottoman Empire at the time, and identifying the cause of the situation to be the disparity in knowledge between the region and Europe. Many thinkers of this era, as well as this young boy, resolutely believed that life could only be better if decisions and actions were based on scientific, historical, and philosophical knowledge rather than on what he considered frivolous studies that were popular at and before his time and that mainly aimed to glorify the sultan and his leadership.Yousef was attached to the Ottoman government, perhaps mostly because he witnessed the Europeans surrounding the Middle East on all sides and robbing it of its resources as well as its spiritual treasures. He was convinced that his country Palestine, and the larger Middle East, needed qualified philosophers, physicians, teachers, and historians. Within that context, he considered himself to be an Ottoman patriot. The Ottoman Empire was his mother country, and he insisted on government reform to allow people, mainly Palestinians, to become self-reliant and enhance their presence. 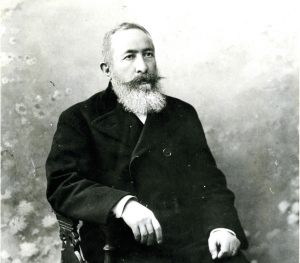 For several years Yousef served as mayor of Jerusalem and parliamentary representative of the city’s population to the Ottoman parliament in Istanbul. He also worked in many posts, including as a government translator and Ottoman consul to Poti (in the Russian Black Sea), as well as governor of the Jaffa District, governor of Hasbayya and Jabal al-Druze, and governor of the Kurdish district of Betlis. As a writer he was also very productive. He was a scholar in residence at the Oriental Academy in Vienna, and in that capacity, he authored an Arabic-Kurdish dictionary.

Yousef recounts in his autobiography how he fled from home with his cousin Hussein at the age of 17 when his father refused to let him pursue studies in Egypt. He found his way to Malta and two years later traveled to Istanbul where he entered the Imperial Medical School. After spending an unhappy year there, he transferred to the famous Robert College in Istanbul. Two years later, however, his father died and he had to go back to Jerusalem.

In Jerusalem, Yousef was very active on several fronts (Yousef here, Yousef there!). He served two terms as mayor of Jerusalem and also established the famous Rashidiya School. It is considered today to be a landmark in education in Jerusalem. He established several civic committees to help in the political, social, economic, and educational fields. Once the school was established, he was denied the post of teacher and director, which he wanted so much, and instead a young Turk was sent from Istanbul to fill the post. He returned to assume work as mayor of Jerusalem for nine more years.

In his job as Ottoman diplomat in Russia, Yousef was able to broaden his knowledge of the world, culture, languages, and political affairs. He traveled and worked in many cities, such as Odessa, Kiev, Moscow, and St. Petersburg. Later he travelled to Vienna. He was invited to join the Oriental Academy as a teacher/researcher.

However, Yousef preferred to head back home and dedicated the rest of his life to the rebirth of Jerusalem as a proud Arab city rather than as a major Ottoman one. He developed the infrastructure and streets, encouraged the building of schools, and acted as a motivator and enabler for the birth of Arab nationalism before World War I, as he became a member of a group of Arab personalities and intellectuals who decided to seek freedom and dignity – not knowing that another brutal occupier, the British Mandate, was preparing to inflict profound injustice and harm on his people and his land.

Yousef’s personality was very different from that of other famous Palestinian personalities, not only his contemporaries. He explored all venues to seek freedom and dignity for the Palestinians, first aligning with the Ottoman ruler when he saw the malicious intentions of European powers towards Palestine, and then through building up his home country internally, leaving confrontation to a future general.

Yes, Yousef was everywhere during his lifetime, not only geographically but also in terms of development, culture, philosophy, and social affairs.