Translated into English by Andrea Rosenberg 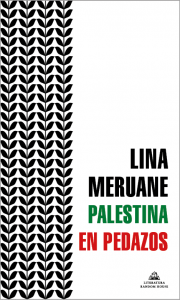 I don’t know what I expected to feel when I met Maryam Abu Awad. We were waiting for her in Beit Jala’s Chile Square, under the commemorative plaque and the tepid March sun, next to some soldiers who might have been Palestinian. I don’t know whether I expected to see in her some familiar feature or feel a throb of connection, hear a ding of genetic recognition. Suddenly somebody raises a hand and crosses the street toward us, gesticulating. Nothing. No emotion, only uncertainty: this could be a mistake. This short, almost elderly woman could be looking for a niece or a relative who is not me. And now the woman is hugging me without asking if I’m really who she thinks I am. The less skeptical side of my brain demands that I play the role for which I have traveled all this way and return her kiss, her embrace, and follow her home. We head off down the side streets and cross a field and then a vacant lot that offers a shortcut but also leaves me unsteady on my feet. Not her, though. She complains about being old, but she is leaving me behind with humiliating speed. I limp after her – all this walking on so-called holy land has made my heels sore. I hear her ask a bit anxiously about my friends, who are trailing after us: are they Jewish or Muslim? (My father asked me the same thing about Ankar in an e-mail, and after my long explanation replied, “Your friend must be an exception.”) I fend off Maryam’s question with one of my own that I’ve been ruminating on for months – the question of our shared last name. I want to know whether there is a Saharan or an Algerian connection. Whether the name is a phonetic translation of the Arabic into Spanish. Whether it might come from a name such as Marwan or Maruani that was transformed during the tumultuous migration process at the beginning of the twentieth century. Maryam, who has a Meruane after her Abu Awad, interrupts me in her rusty Spanish from the now long-ago years she spent in Chile: You are not Meruanes. I hurry to catch up with her despite my aching heels and say: What do you mean, we’re not Meruanes? No, she says calmly. You’re Sabas. Sabaj?, I ask, almost stating it, Sabaj or Sapaj, because relatives from that side of my family were given two different spellings when they reached Chile. No, no, she says again, Saba. The Sabajs are another group. And then follows a genealogical or clannological explanation in a Spanish as confusing as the story she never finishes telling me. She stops in front of a large house and exclaims, Here it is, we’ve arrived. But I don’t look at the enormous whitewashed bulk in the upper part of the city. Something is turning over in my head. Something is tumbling down. If I’m not a Meruane, then this woman who says she’s my relative isn’t actually mine at all. But it’s even worse: if we’re not Meruanes, then who am I? 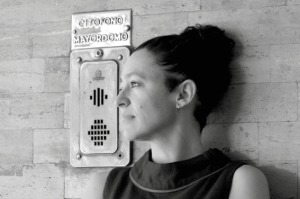 Lina Meruane is a Chilean writer and professor, of Palestinian and Italian descent. Her work, written in Spanish, has been translated into twelve languages. In 2011 she won the Anna Seghers-Preis for the quality of her work, and in 2012 the Sor Juana Inés de la Cruz Prize for her novel Sangre en el ojo.