“In the absence of the rule of law, people promote personal interests over public interests.”

These words were spoken by the late Dr. Haidar Abdel Shafi during an interview with the author Toufic Haddad in 2001, amid the anger and violence of the second Intifada.

Widely hailed as the most unifying and democratic leader by Palestinian factions, from secular nationalists to Islamic parties, Abdel Shafi, a physician from Gaza, headed the Palestinian delegation to the Madrid Conference of 1991, and continued as head of the negotiations team throughout the following 22 months of talks in Washington, DC.

Engaging in the first-ever direct bilateral talks with Israel, the occupying power, was a highly controversial move for Yasser Arafat and his Fatah party. With the PLO in exile in Tunis and unable to participate, Arafat ensured public support for the contentious step by appointing Abdel Shafi to head the delegation.

The delegation was in constant communication with the PLO leadership in Tunis, and, equally important, it was also in constant communication with the Palestinian people. In between each round of talks, Abdel Shafi would return to Palestine and hold town hall meetings where he candidly shared what had transpired in Washington. In return, he would ask: Is this what you, the Palestinian people, want?

But unbeknownst to Abdel Shafi and the Palestinian delegation, a secret track was operating in Oslo, Norway, between the government of Israel and the PLO. In August 1993 the Oslo Accords were announced to the world.

Promoted as a breakthrough triumph in the Palestinian struggle for independence, there was widespread euphoria on the streets in the Gaza Strip, the West Bank, and the Palestinian diaspora. Denied self-rule under the Ottomans, then the British, and then ruthlessly for decades under the Israelis, the Palestinian people dared to hope.

Strong support for Oslo continued in the following years, with a 1996 Center for Palestine Research and Studies poll showing that 70 percent of Palestinians supported the continuation of the peace process with Israel.

But what had the Palestinian people really gained? Oslo did bring Yasser Arafat and the PLO back from exile. The first elections for the president of the Palestinian Authority (PA) and for members of the Palestinian Legislative Council were held in 1996. Palestinians hoped and believed that the government they had elected would be the first of a soon-to-come independent Palestinian state.

However, the elections were held under continued Israeli occupation, granting very limited power to the Palestinian National Authority – education, culture, and the distribution of ID cards, for example – while also tasking the new government with onerous “security” responsibilities. Meanwhile, the Israeli government, using international funding, was able to build innumerable checkpoints and eventually the infamous separation barrier, stealing Palestinian lands and destroying hope for a contiguous Palestinian state.

The initial promise heralded at the opening of the Madrid Conference – when Abdel Shafi addressed the international community on behalf of all Palestinians, saying, “We, the people of Palestine, stand before you in the fullness of our pain, our pride, and our anticipation, for we have long harbored a yearning for peace and a dream of justice and freedom” – had, tragically, come to naught. 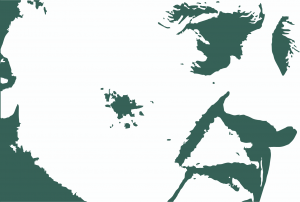 Abdel Shafi had been so opposed to the signing of the Oslo Accords that he refused to attend the signing ceremony at the White House, opting instead to watch, with dismay, the televised broadcast from the family home. He understood from the very beginning the profound failure not only of Oslo to deliver on promises, but how, in its failure to address critical issues such as settlement building, it would dramatically worsen the facts on the ground.

His fears were well-founded, as the consequent years witnessed the deterioration both of economic conditions and of human rights in the West Bank and Gaza.

Speaking of this clear slide in democratic rights, Abdel Shafi observed: “People have become increasingly disappointed with the conduct of the PA: its lack of respect for legal principles, human rights, the dispensing of public funds, accountability and transparency.”

Indeed, what had the years since Oslo’s signing brought? Palestinians saw, for the most part, grandstanding and empty promises. Israel would “act,” stealing more land, and the PNA would “react,” for example, with President Arafat promising to declare an independent Palestinian state on May 4, 1999.

As Abdel Shafi said at the time: “What is the point of declaring a state yet again, since we already declared one in Algeria in 1988? How many times does one declare a nonexistent state, and what is achieved by such repetitions?”

Edward Said, who along with Abdel Shafi and others, pushed for democratic reforms, echoed the despair of the Palestinian people when he wrote: “Why this mania for bureaucracy, for bodyguards, for cellular phones, for expensive shopping expeditions, for fruitless, stupid negotiations that sap our strength and our will and leave us utterly impotent as we witness our land disappearing before us?”

The rule of law is demanding. Its principles require that all persons, institutions, and entities be accountable to laws which are publicly declared, equally enforced and independently adjudicated. This requires democracy and accountability.

Whether speaking with a Gazan street sweeper or a head of state, Abdel Shafi greeted each person with the same respect, dignity, and humor. If he were still alive and with us, he would speak honestly, reminding every Palestinian that to have the rule of law means that public positions cannot be used for private gain, self-interest must be avoided, and Palestinians must stand united, working together to achieve the freedom so long denied them.

“The first thing we Palestinians must do, the main thing, and without this all our other efforts are wasted, is to put our own house in order. This means democracy.”

“We had expectations – which were quite high – that with PLC elections, real progress could be made toward a democratic society. It was, in fact, the main reason why I participated in the elections in the first place. But when PLO Chairman Arafat adopted a policy of ignoring democratic processes… And when the government Ombudsman released a report discussing corruption within the PA… But still nothing happened… I found it impossible to continue in the Council, and so I resigned.”

Dr. Abdel Shafi was elected to the 1997 Palestine Legislative Council with the highest number of votes of any candidate.