Imagine this: In an alternate universe, Palestine develops its own version of the personal computer at the same time as the United States. Steve and Steve create Apple Computers in 1976, but a similar seed is planted in Palestine, where an alternate version of Microsoft is created. Fast-forward to 2022. Where would we be now? No one can know for sure, but for the purposes of this article, I have one aim, and that is to communicate the following critical vision. 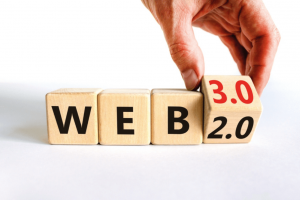 An innovation opportunity, similar to the one we missed with the rise of personal computers and the internet, will unfold in the next few years. We have the tools necessary to seize it now. We owe it to our children and grandchildren to do so.

From the first snippet of this article, you can probably guess what this is all about. It’s about a recent technological development that is usually called Web3. The vision for Web3, in simple terms, is decentralization. It allows you, the user, to have ownership of and a vote in the online platform you’re using, which is enabled through the platform tokens that you have earned or bought. This process is fundamentally different from what we currently have. 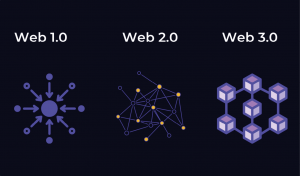 Facebook, for example, is a centralized entity. If it were decentralized, you could own a token called “Facebook” that would allow you to vote on important issues for the platform and earn a profit when the platform succeeds and the token’s value rises.

Most well-known companies around the world have a centralized leadership, with the profits going to already wealthy shareholders. In Web3, you’re the shareholder along with thousands of other community members who use the power of the internet to create value. Palestinian youth can now participate in this as influential community members and/or creators. Actually, you can start your exploration of Web3 now. Go to Twitter, search zahrandaw, and check who I’m following. Most are Web3 entities/people.

Do keep in mind, however, that Web3 is an extremely new concept. This is an advantage that comes with some caveats. Scammers and bad actors are all over Web3 platforms, many communities are still struggling to generate collective value, and many of the tools necessary for Web3 scale are still being developed. But guess what? This is changing rapidly and by no means a reason to “wait.” Given this situation, truly driven and innovative persons could generate unique value to people worldwide by working from their computers. For example, why not create a decentralized WhatsApp where value and decision-making flow back to the community? This is already being developed.

But my message here is that we should go further than a new WhatsApp. We should aim to shape Web3 by utilizing its elements of decentralization, tokenization, and community. Such a leapfrog effort can’t occur in a vacuum. It requires structural and cultural changes that draw upon the development of deeply sophisticated knowledge, skills, and values. I believe that the time for doing this is now, and that’s why I’m launching The CREATE Program for Palestine and beyond.

The CREATE Program is a tokenized, Discord*-based, innovation education program where participants (Dreamers) finish specific quests – such as watching a course, reading an article, referring a friend – in return for CREATE tokens. There are ten levels of achievement, each level with its set of quests, rewards, and community. At level 10, Dreamers get to pitch a start-up idea in return for an investment and join the Creators alumni community. This alumni community then helps govern the program.

Now you know more about Web3. You know that it is an essential opportunity to seize as part of what we owe to ourselves, our children, and our grandchildren. You also know that there’s a Palestine-made futuristic program that is bringing hundreds of Palestinian youth to Web3. Your role? It’s up to you. You can sign up for the program, refer your children to sign up, or talk about the program over tomorrow’s lunch. Whatever is needed to make sure that this becomes an economic, technological, and cultural shift for our people.

*Discord is a free voice, video, and text chat app that is used by millions of people to talk, work, and create with their communities and friends. It is available for download at discord.com.