Born in Ramallah, Palestine, Wanees Zarour is an award-winning composer, arranger, buzuq player, and violinist whose work focuses on empowering his native musical traditions to transcend borders and thrive in other environments, both musical and geographical, by challenging norms while fostering authenticity. Now based in Chicago in the United States, Wanees is the codirector of the Chicago Immigrant Orchestra, director of the Middle East Music Ensemble at the University of Chicago, and leader of the jazz/maqam touring band East Loop. 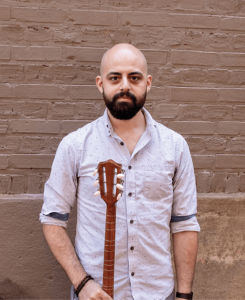 At the young age of seven, Wanees started studying music and playing the violin at the Edward Said National Conservatory of Music in Ramallah. While studying Western classical music and theory, he developed a deep interest in Arabic music, leading him to pick up the buzuq, learn the Arabic style of playing the violin, and study maqam.

His arrival during his teenage years in Chicago, a multicultural city with a rich and diverse music scene, was a turning point in his musical education and career. Wanees continued to perform and absorb Middle Eastern music while learning and performing jazz, often exploring the intersections of these two traditions. At the age of 19, he started to teach Middle Eastern rhythms, maqam, and ensembles at the Old Town School of Folk Music, a tenure that lasted a decade. During this time, he quickly became a fixture in the Middle Eastern and jazz music scenes, performing and recording with noted artists and being featured in US and international festivals. 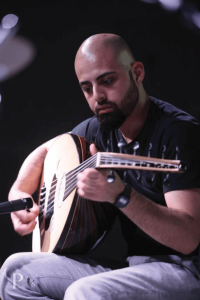 In 2010 Wanees became the director of the now 60-piece Middle East Music Ensemble at the University of Chicago, an orchestra that focuses on community engagement and empowerment. The orchestra performs Arabic, Turkish, and Persian music concerts, bringing together communities from all of these traditions, both on stage and in the audience. Wanees transcribes and arranges the music for the orchestra, and leads it as it performs these highly anticipated and sold-out concerts at the Reva and David Logan Center for the Arts in Chicago.

In 2014, Wanees released his album Quarter to Midnight, receiving critical acclaim for his compositions and approach in incorporating elements from the jazz, Latin, and Eastern European traditions into original music of the maqam vernacular and form.

Wanees’s ongoing and touring project, East Loop, was launched in 2018, and its main objective is to focus on the expanding parameters of both Arabic and jazz music, bringing Arabic music into a jazz environment, and engineering harmonic ideas to fit with our Arab maqam intonations and language. The East Loop is currently working on an album project expected to be released in 2022.

In 2020, the City of Chicago’s Department of Cultural Affairs and Special Events invited Wanees and renowned guitarist Fareed Haque to codirect the Chicago Immigrant Orchestra, which debuted in the 2020 Chicago World Music Festival. This orchestra brings together high-caliber musicians who come from all over the world to perform music from various traditions collectively, with arrangements that allow each musician to highlight his/her tradition and style authentically. 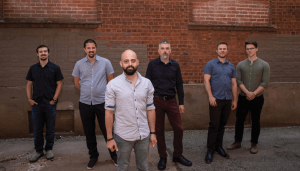 Wanees plans to visit Palestine in the near future and hopes to be able to bring one of his groups to perform in his hometown.