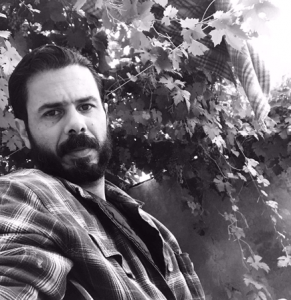 At the age of 9, Wadeei Khaled had to be hospitalized for an extended period of time because of a serious illness. He would frequently refuse to eat and instead ask for his crayons and paint. He had long ago discovered his love for colors and creating art.

Wadeei was born in Al-Arroub Refugee Camp in 1986, and during his early childhood, colors had become his favorite companions. The first milestone in his artistic career came at the age of 13, when he held an art exhibition in Al-Arroub. After that, he began to explore the possibilities of painting his art directly on the walls of the camp. Wadeei eventually obtained a bachelor’s degree in fine arts from Al-Quds University and since then has participated in many local and international exhibitions.


Impressionists were among Wadeei’s main inspiration in art school. Like them, he enjoys playing with light, colors, and shadows. “It is a logical, scientific school that analyzes color, shadows, and sunlight,” he explains. “You find yourself drawing as though you were solving mathematical or physics equations – in addition to producing a beautiful piece of art.”


Wadeei’s passion as an artist is driven by his strong connection with the landscape. Specifically, he explores the place where he lives, his home country, the land of Canaan. In his various works, he reflects on the Canaanite landscape, its zigzag details, and the olive trees that for centuries have not only provided livelihoods for many Palestinians but also inspired numerous traditional and popular stories.

One of his most significant art projects is his narration of art history for children (The History of Palestinian Art for Children, 2016). The project comprises a collection of short stories told through paintings in which he focuses on prominent Palestinian figures that link him with the past. The artworks depict scenes and stories of the Palestinian people from times that reach back to the ancient Canaanites.


Wadeei’s artistic intellect and strong technique can be seen in many of his artworks. His appropriation of Leonardo da Vinci’s The Last Supper is a powerful statement in response to the declaration of the so-called Deal of the Century in 2019. His ongoing art series, The Untold Stories of the Land of Canaan, expresses his tireless search for the Canaanite land, the land of Palestine, both as an artistic passion and an intellectual research project. Wadeei asserts that the legacy of the early Canaanites – as a sharp, angry, and ruthless people – has extended through time and remains even today. His ongoing art research focuses on the secrets that he asserts are buried in the land and that can be found under every tree that has been planted. Wadeei strives to reveal these secrets through his paintings.