The mention of “rule of law” in the news, in demonstrations, in books, makes us wonder what it actually means. Is it restricted to politicians and lawyers only? Or does it extend to concern you and your daily life? Indeed, it does! Regardless of your age, sex, identity, or background, the rule of law is the foundation that shapes the parameters of your relationship with the state, be it aspects relevant to the public or private spheres.

The rule of law is embedded at a level deeper than law itself; it is a normative framework of common universal principles that serves as a compass to guide the making of legislation, including laws, their interpretation, and their enforcement. These principles differ but mainly include legality, which stipulates that laws should apply to everyone, including the state, whose power is exercised only under the law. Institutional independence and impartiality are the principles that separate the three main powers of the state and draw the line for checks and balances between them. Included as well are the right to enjoy accessibility to state services and functions in an equal manner and the adherence of these powers to human rights, which must be integrated into the making and implementation of all national legislation; people’s meaningful participation in decision making, nondiscrimination on any grounds, and transparency, which means that state institutions shall not only respond to people’s questions but are also obliged to ensure their access to necessary information and understanding of this information. Furthermore, the principle of accountability, which refers to individuals and state actors taking responsibility for their actions and decisions – a key component of the rule of law. 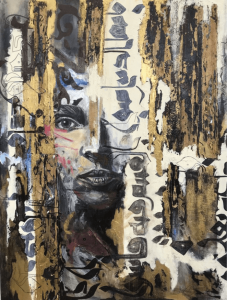 These principles must constitute the basis for the rule of law, which fundamentally fulfills three main functions, namely: ensuring separation of powers, establishing good governance, and guaranteeing fair and just conflict resolution.

Since 2007, Palestinians in the State of Palestine have lived under a political division. This has contributed to the complete separation of realities in several spheres for Palestinians in the West Bank and the Gaza Strip in terms of the three state powers in control. The Palestinian Legislative Council (PLC) ceased to function in a unified manner with respect to the West Bank and the Gaza Strip, which has affected the laws and legislations in effect and the protection of human rights in both areas, as the Hamas-led Reform and Change Bloc of the PLC continues to convene unilaterally, passing laws that apply to the Gaza Strip only. Seizing full control over the lawmaking process in the West Bank, the executive authority has enacted hundreds of laws by decree, which are only effective in the West Bank. Consequently, the West Bank and Gaza Strip have continued to experience legislative disunity that has resulted in discrimination between Palestinians with respect to their legal status and enjoyment of rights and liberties on the basis of their area of residence; ironically, even within the same state jurisdiction.

Not only has the executive authority’s control over the legislative role progressively weakened the “separation of power” function and led to unconstitutionality in the promulgation of laws by decrees, but this has also led to a deterioration in the quality of legislation issued for the public. Many laws by decree have been issued with disregard for human rights principles and universally accredited guiding standards, curtailing Palestinians’ civil, political, economic, social, and cultural rights. Further, many of the rules stipulated in such decrees are flagrantly incompatible with the rules of the Palestinian Basic Law, which serves as a temporary constitution. These laws by decree include the imposition of restrictions on freedom of expression, in both online and offline spaces, including seeking and receiving information. This was evident through the promulgation of the highly criticized – yet still valid – Law by Decree No. 10 of 2018 on Cybercrimes,*1 which opened the door wide to criminalizing expression in the digital space and allowed public authorities to prosecute, arrest, and put on trial digital activists and journalists against the background of their work and publication. This situation has intensified during the COVID-19 pandemic, when the Law by Decree No. 7 of 2020 Concerning the State of Emergency was used to place serious restrictions on some fundamental rights and freedoms, including the right to freedom of expression as well as digital rights. The executive authority’s legislative restrictions also extend to freedom of association, intervening in social movements and organizations, and contributing to the shrinking of civil society space,*2 as well as restricting the right to trade unions,*3 amongst many others.


Not only has the executive authority infringed on the legislative power, it has also severely interfered in the judiciary,*4 compromising its independence and leading to the minimization of public trust in the judiciary, putting into question its impartiality, effectiveness, and ability to bring about justice and ensure the sovereignty of law. In addition, most of the laws by decree that are in force were issued with disregard for the principles of transparency and public participation, which are pillars of the creation of legislation that reflects rule of law qualities.

While the state has failed on many occasions to embed rule of law principles in the legislative process, state practices have proven that such failure has even deepened in the context of enforcement on the ground in Palestinian society, both in the West Bank and the Gaza Strip. In essence, Palestinian human rights are at stake. For the past 14 years, no Palestinian has been able to take part in choosing his/her state representatives through general elections in the State of Palestine. Peoples’ enjoyment of most of their rights and liberties has been determined on a discriminatory basis, depending on their political opinion of, affiliation with, or support of the ruling authority. This reality has been an obstacle to Palestinians’ realization of their right to personal liberty, freedom of expression, and peaceful assembly, as well as fair trial guarantees, higher education and scholarship opportunities, and the right to work. It has also extended to the right to health and medical treatment, even during the pandemic.

You and I, and state actors too, know the answer: accountability and respect for the basic principle that “people are the source of power.” Neither the rule of law nor justice can be delivered without holding perpetrators, all of them, accountable for the infringements of the core principles of the rule of law. We demand just sanctions and periodic democratic general elections. Everyone must be heard: men, women, and youth, including persons with disability. All people must be able to vote freely to elect their representatives. If not, the rule of law will never prevail.

*2 Al-Haq, “Al-Haq Position Paper on the Law by Decree Concerning the Amendment of the Law on Charitable Associations and Civil Society Organizations,” March 10, 2021, available at <https://www.alhaq.org/advocacy/17959.html>.

*3 Al-Haq, “Al-Haq calls for the immediate cessation of laws by decrees and condemns attacks on the right of general committees of federations, trade unions and grass-roots organizations regarding their election dates,” March 6, 2021, available at <https://www.alhaq.org/ar/advocacy/17982.html>.

*4 Al-Haq, “Al-Haq Comments on the Laws by Decrees of 2020 Concerning the Amendment of the Laws of the Judiciary, Administrative Courts and Court Composition,” February 10 2021, available at <https://www.alhaq.org/ar/advocacy/17892.html>.