Courtesy of Barenboim-Said for Music

Javier Medina Bernal: Tell us what the Barenboim-Said Foundation is all about. What are its goals and achievements so far?

Liina Leijala: The Barenboim-Said Foundation was established by Maestro Daniel Barenboim and the late professor and intellect Edward Said. I am the director of the Barenboim-Said Foundation in Palestine that has sister organizations in Spain, Germany, and the United States. Our goal is to offer high-level classical music education to Palestinian children and youth. Over the past few years, we have grown tremendously, and currently, our academy teaches 160 instrumental students, 120 children in kindergartens, and hundreds of music appreciation students in regular schools in Ramallah. Several of our Palestinian graduates are studying music at music universities abroad. We founded and manage the orchestra called Filasteen Young Musicians, which has performed recently at prestigious music venues such as the Musikverein in Vienna. The project is growing, and we are reaching out to more Palestinians. I’m especially happy about the recent programs we implemented in refugee camps. All of these successes have been made possible by the Junta de Andalucía, our long-term sponsor, and the German Federal Foreign Office that enabled our recent expansion. 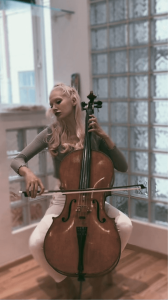 JB: You are a professional musician who has spent many years training and studying as well as performing. Tell us about that experience. Was it very rigid? Were your teachers strict? What are the advantages of studying music in an academy? Are there any disadvantages? Did you have teachers who, at some point, made you want to give up music, or the opposite? Are there any advantages to learning music outside of the academic sphere?

LL: When you decide to be a classical musician, you enter a tunnel of infinite development. I’ve experienced that the expectations placed on me were very high, but had they not been such, I would have thought that I wasn’t of interest to teachers or to the music world. Yes, my education was very rigid if you look at it from the outside. But it is all relative because once you want something so much, you are willing to sacrifice everything else. I spent a lot of time practicing and taking lessons, but that was what I wanted the most; that was my freedom, as strange as it may sound. Studying at an academy puts frames and schedules on what you are doing. That is good on the one hand but has the downside of normalizing and scheduling a very abstract process that actually shouldn’t have any time limits. Art academies are feeding musicians to orchestras, and they compete in reputation. Certain expectations and the current mindset of humans in general drive academies to function as musician factories, and that doesn’t always serve the actual purpose of making music. Many, many people compete for the places offered by academies and have to pass an entrance exam that places them in some kind of order. In our times, technical competency has become the leading quality. Yet, finding a musically very talented person is extremely rare, and once you find that, there should be places that nurture such talent.  The current trend is to focus on the mechanisms of things. I find that boring and superficial. 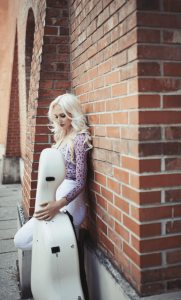 JB: What would you say is the biggest difference between playing chamber music for a small audience and playing for 45,000 people, as you did at the Klangwolke Festival?

LL: When you have fewer people in the room or space, you feel you have a more personal and detailed interaction with the audience members. This situation actually makes me more nervous than playing for a large crowd.

JB: I have heard from many classical musicians that transitioning to popular music, if desired, remains very difficult. Is this true? If yes, why? Do elitism and political hierarchies exist in the classical music world? If so, why does this happen?

LL: I think that we live our lives choosing to do what we want – and shouldn’t pay too much attention to what anyone else thinks. Being true to yourself is probably a good choice if you want to be generally content with your life. I’m sure that there is always someone who has a negative opinion of musical crossover. But maybe it’s good when people get a bit shaken but not stirred. In classical music, like in many other fields of life, people want to believe in something and belong to a group. Groups and their internal hierarchies are the natural result when people with similar interests find each other. But groups can also develop a limited pattern of thinking that makes them repeat old or bad habits. Being part of an “elite” group or any group might feel safe, but it also carries dangers, as we know from world history. I believe in independent thinking and support going against the mainstream if needed. If some musicians consider themselves to be part of an elite, they have, in my opinion, blocked a quality that is essential for a musician: vulnerability. 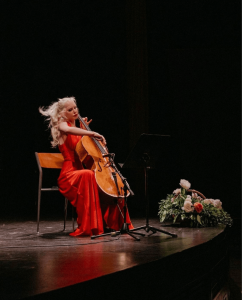 JB: You once told me that in the classical music world, the most closed-minded are the performers, the instrumentalists. You asserted that composers have a much more playful and free attitude when it comes to conceiving music and, therefore, welcome experimentation and the reinterpretation of music. Could you give me some concrete examples of this? And a related question: What would composers such as Beethoven, Mozart, or Erik Satie think about new technologies; what would they think, for example, about electronic music?

LL: The funny thing is that we often study the tradition of interpretation instead of the actual markings in a piece. Or we obey the composer’s markings as if they were the absolute truth. My experience is that composers are intellectually at the top of the classical music hierarchy, and they indeed have an openness to and elasticity for change that instrumentalists often don’t have. This may be because composers are looking for improvement instead of safety. Choosing to commit your life to composition is already an unsafe and lonely path, so these people usually aren’t stuck with details in anything, nor are they afraid of the new. I have seen that quality while working with several composers who are alive today. I believe it is quite likely that Beethoven, Mozart, or Satie would have an interest in new technologies.

JB: How important is it for you to teach music?

LL: I think teaching music is a natural part of being a musician. Music describes human life, and part of human life is to share with younger people what you have now. I consider myself still young in teaching, but I learn how to be a better teacher from my students all the time.

JB: What advice would you give to young musicians who are venturing into music?

LL: If you love music, keep walking. If you don’t love music, find what you love. Music can give you tremendous fulfilment, but it comes with discomfort. Besides spending many hours honing your skills, you have to be ready to tolerate disappointment and criticism that may even go to your persona; you must believe in your instinct and in yourself – even when nobody else does: You may be rejected one day only to be praised the next.