Health, social, political, and economic emergencies have different impacts on men and women due to the prevailing social and cultural norms and structural inequalities. Social injustice and inequality leave women highly vulnerable and disproportionately affected by shocks. It is therefore important to understand the impact of any crisis and emergency situation on different social groups to determine a relevant response while ensuring gender equality and tackling stereotypes regarding gender needs and gender roles.

Following the outbreak of the COVID-19 pandemic in early 2020, the measures taken in Palestine to contain spread of the virus and the repeated lockdowns imposed since March 2020 have increased the burden of unpaid care work on women and girls. Women and girls have taken on the responsibility to care for children, the elderly, and family members who suffer from disease and disability. This situation has furthermore been combined with taking care of those who have been in quarantine or who have contracted the virus. Women have to bear the brunt of limited access to services, especially psychosocial support and protection from violence. They have to deal with social burdens and with men intruding into their private sphere, which has long been the only space over which women have power and control. Sadly, the public sphere has not been any better for women. Inequalities and the exclusion of women from decision-making processes has increased, and the response plans developed to overcome the impact of emergency measures have not reflected the needs and priorities of women.

The impact of COVID-19 has affected gender equality globally, and Palestine is no exception. The declaration of a state of emergency and the measures taken to prevent the spread of the virus have deepened inequalities within Palestinian society, exacerbated sexual and gender-based violence (SGBV), and normalized women’s confinement within the private sphere. This situation has threatened the limited social, political, and economic gains that Palestinian women have made over the last three decades.

Women’s Center for Legal Aid and Counselling (WCLAC) paid attention to this situation and developed an emergency response plan and mitigating measures to prevent its impact on Palestine women in general and vulnerable ones in particular. It was clear that confinement in the home with all family members in one place would create social, economic, and psychological pressure on disadvantaged family members, especially women and girls. Frustration among male members due to their inability to perform their traditional roles based on patriarchal norms, acting as provider and protectors, was expected to be diverted towards disadvantaged family members. This would be reflected in various forms of violence, especially physical and psychological violence and the deprivation of basic rights. The lockdown, the shutdown of various institutions, and movement restrictions exacerbated women’s vulnerability; thus some mitigating measures were put in place to prevent and respond to this situation. 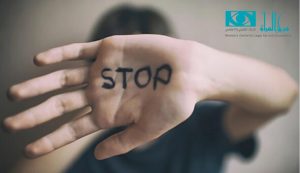 WCLAC’s immediate response was to continue to provide social and legal counselling while our social workers are working from home, connecting our free helpline with their mobile phones. This ensured around-the-clock provision of phone consultations for women on issues related to social and psychological pressures from which they might suffer, gender-based violence, and means of attaining their rights. Mainstream and social media were also among the options for women to attain information not only about the pandemic but also about available resources and services. Thus, dissemination of simple messages with contact information supported women to better understand how to protect and claim their rights, despite their inability to physically access services. WCLAC data show that the number of phone calls to our free helpline from women seeking consultation almost doubled during 2020, with 711 phone consultations. Analysis of the data shows that 35 percent of the consultations centered on psychological violence, 30 percent on the deprivation of economic and social rights, and 19 percent on legal rights, while the rest related to physical and sexual violence in addition to life threats.

Discriminatory laws against women constitute a major obstacle towards gender equality in Palestine. During the state of emergency and in response to the above-mentioned facts, the Family Protection Law was needed more than ever. WCLAC immediately responded by joining efforts with women’s and human rights organizations that called for the enactment of the Family Protection Bill. WCLAC in particular emphasized the state’s responsibility to issue relevant laws with due diligence towards the most vulnerable groups through the prevention of GBV, investigation, prosecution of perpetrators, and compensation of victims, as laid out in the Convention on the Elimination of All Forms of Violence Against Women (CEDAW) and the Istanbul Convention 2010.*1 Through this research, WCLAC not only emphasized the state’s responsibility towards women but also influenced different women’s and human rights organizations and networks to exert pressure on the Palestinian government to abide by the international conventions and treaties to which the State of Palestine acceded and to fulfil its responsibility towards adopting the Family Protection Bill.

Palestinian women were also excluded from the decision-making process, although they are the first ones to suffer from the social and economic consequences of the pandemic. A rapid gender analysis,*2 conducted by UN Women, revealed that women represent 60 percent of the workers in the care sector in Palestine and 70 percent of frontline health workers, which makes them more exposed to the virus. Men, however, have enjoyed high levels of political and community engagement in the fight against the pandemic. For example, around 52 percent of men said that they volunteered in community work, compared to 24 percent of women.*3 This rendered women’s voices unheard and their role unvalued in the decision-making process to prevent transmission of the pandemic. Currently, women’s equitable participation in decision-making on national responses to the COVID-19 crisis is a critical gap and concern. In Palestine, for example, according to the Ministry of Women’s Affairs, women’s representation in COVID-19 committees amounts to 16.6 percent, 8.3 percent in the COVID-19 security committee and 60.8 percent in COVID-19 local committees across various geographical localities.*4

In conflict and post-conflict countries such as Palestine, women are hit hard by the impact of emergencies that cause limited access to health services and information and the loss of their means of living while increasing SGBV, in addition to Israeli occupation-caused violations of their human rights and of international humanitarian law. Fundamental rights were brutally violated by Israeli occupation forces that made use of the lockdown, which directly affected Palestinian women in the West Bank, including East Jerusalem and the Gaza Strip. We took note of this situation through addressing different UN Special Rapporteurs about the impact of COVID-19 on Palestinian women prisoners in Israeli prisons. One letter in particular called for the immediate release of women and children from Israeli prisons and detention centers. Israel’s military measures intensified through night raids, house demolitions, and the imposition of facts on the ground to implement its de facto “annexation plan.” WCLAC field workers documented women’s testimonies on the impact that Israel’s culture of acting with impunity had on their lives. Women described the impact of Israeli violations of international human rights law and international humanitarian law, contributing to a report submitted to UN Special Rapporteurs, calling on them to address Israel’s obligation as an occupying power to ensure the health safety of Palestinian civilians during the pandemic.

The multi-faceted intersectional impact of COVID-19 on Palestinian women requires that any response plan take into account the social, cultural, economic, legislative, and political factors. These plans should not only respond to women’s needs as a result of the COVID reality but also empower them and protect their previous political gains. Palestinian women have always been at the forefront during times of social and political shocks. Thus, any immediate response to emergencies such as the COVID-19 pandemic requires the engagement of women at various levels, not only to introduce the gender component to the response plans but also to ensure that they effectively participate in decision-making and decision-taking processes.

*1 “Council of Europe Convention on preventing and combating violence against women and domestic violence,” Council of Europe Treaty Series No. 210, 2010, available at https://rm.coe.int/168008482e.

*2 UN Women, “COVID-19: Gendered Impacts of the Pandemic in Palestine and Implications for Policy and Programming Findings of a Rapid Gender Analysis of COVID-19 in Palestine April 2020.”