On the eve of the Israeli occupation, eight commercial banks operated in the West Bank, working through 26 branches that covered all the major cities, and three banks operated in the Gaza Strip, with four branches distributed throughout the area. Following the territories’ occupation by Israel in 1967, all financial institutions of the West Bank and Gaza were closed along with all commercial banks and their branches. Their accounts were frozen and the cash was transferred to the Central Bank of Israel. The Israeli currency was introduced as legal tender in the occupied territories; however, the occupation forces allowed the use of the Jordanian dinar in the West Bank and set up an official rate of conversion to the Israeli shekel.

In the subsequent absence of financial services, Bank of Israel allowed Israeli banks to open branches in the West Bank and the Gaza Strip. But they were not used by Palestinians and did not succeed in establishing a significant presence, as they were unable to play the role of financial intermediator between depositors and borrowers.

As a consequence of the 1993 Oslo Accords that include the Paris Economic Protocol that permits the arrangement of monetary and financial issues, the newly established Palestinian Authority (PA) established the PMA (Palestine Monetary Authority) in 1995 as an independent institution. This development was accompanied by the opportunity to reopen closed branches, ending the blockade that had been imposed since 1967, and a number of new banks were licensed to operate in Palestine. 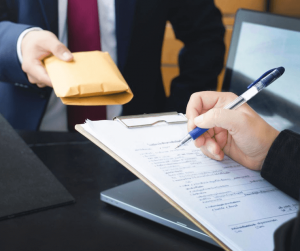 As there is no national currency in Palestine, four different currencies are used in the West Bank and Gaza Strip: the Israeli shekel, which prevails in daily financial transactions; the Jordanian dinar and the US dollar, which are used for savings, investments, and the purchase of durable goods; and the euro, which is rarely used. It is possible to make deposits and withdrawals from banks in any of these four currencies.

Since the mid-1990s, the number of banks has been steadily increasing. Thus, at the end of 2021, the key features of the Palestinian banking sector structure could be described as follows: Thirteen licensed local and foreign banks operate branches, five of which are Jordanian and one is Egyptian. Among the licensed banks, three are Islamic local banks. Around 379 branches are spread throughout Palestine, and more than 710 ATMs and more than ten thousand points of sales (POS) are available, benefitting customers all over Palestine. This network of branches, offices, ATMs, and POS serves more than two million customers and employs more than 7,500 persons.

Banks are the backbone of economic development in Palestine. Most Palestinian banks are newly established, especially the Islamic banks, but they developed rapidly and have witnessed significant improvement. They aim to cover the economic and social needs in the field of banking and through financing business organizations and investment companies.

The total assets of the banks that operate in Palestine have grown steadily over the last five years, increasing by 35 percent between 2017 and 2021, to reach a total of US$20.73 billion.

Over this period, the banking industry earned the confidence of the Palestinian people, reflected in a significant increase in the number of bank accounts that were opened and total deposits made, as indicated in Chart 2: Customer Deposits. Customer deposits reached US$16.5 billion in 2021, an increase of 38 percent compared to 2017.

The credit facilities have seen a remarkable increase by 31 percent or about US$2.4 billion over the last five years, reaching US$10.3 billion by the end of 2021. Consequently, the sector’s loan-to-deposit ratio is 62 percent as of June 2022, whereas the percentage of nonperforming loans to total credit remained low, at 4.1 percent. Notably, the Palestinian banking sector’s capital adequacy ratio amounted to 16.7 percent in June 2022 – almost 5 percentage points higher than the international standard according to Basel Accord.

Overall, these indicators show that the banking sector has started to recover from the COVID-19 pandemic and is achieving sustainable growth rates on the scale of the key indicators.

The Association of Banks in Palestine is the representative institution that plays a key role in advocating the interests of the banking sector and coordinating with the regulators.

All these main indicators demonstrate that the Palestinian banking sector is successful in managing the funds of depositors and investors and in maintaining the strength of the banking industry, even though it is forced to function in a high-risk political, economic, and operational environment.