“Are you out of your mind?” screamed my mother when I exuberantly told her I was leaving Amman, the city where I grew up, to go live and work in Palestine.

“I don’t understand! You do not have a single family member or friend there! Trust me, people would think you’re an Israeli collaborator.”

“Maybe I am!” I responded with a smile.

Seeing my mother’s worried face, I hugged her tightly and said, “Come on, Mom, you should be happy for me. Isn’t Palestine where we all dream to be?” My words drew a faint smile on my mother’s face as she probably reflected on her happy days in Jerusalem before she and my father were forced to leave their home in 1948. My mother took a deep breath before she said in conciliatory voice, “Well nothing changes; you throw yourself in the ocean then ask if you know how to swim.”

With hugs, tears, and much apprehension I bade farewell to my mother. Fearing her tears, I made sure not to look back as I took my leave, “Good-bye, Mom.”

“Good-bye, Susti, I beg you habibti to take care of yourself.”

Mom was absolutely right. This is utterly crazy, I thought to myself as I checked into my hotel room at the YMCA in East Jerusalem. A strong sense of estrangement got hold of me.

Off I went to the Old City of Jerusalem, where I lost my way, and my self, in the labyrinth of its streets and its colorful and noisy suqs. Having spent two whole days wandering the streets of Jerusalem, it was time for me to venture into the Palestinian village, the subject of my interest and of my doctoral thesis. “Shalom” was the greeting I received from the Palestinian kids in most of the villages I visited as I took photos and started to document the architecture of Palestinian village homes. 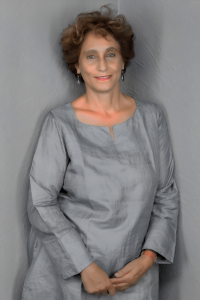 Once again Mom was right: kids, but also grown-ups, had their suspicions about this tomboyish young woman dressed in sporty clothes. Obviously, my Syrian-Amman(i) accent did not help. Nor did driving the Israeli yellow-plated car I had rented for this mission. If not an Israeli, then she must be an Israeli spy, they thought. Forty years later, I must admit that the odds and challenges were many, but my will was fiercer. Obsessed with the 420 Palestinian villages razed to the ground by Israel between 1948 and 1952, I compiled a photo archive of the remaining 420 villages in what I call Minor Palestine, i.e., the West Bank, Arab East Jerusalem, and the Gaza Strip. It took me a long ten years (1981–1991) before I established Riwaq, which eventually took care of this ambitious mission.

The one thing Palestine does not lack is crisis. There are minor crises related to the difficulties of everyday life under occupation, and there are major wars and crises like the one we are living in right now. However, it seems that with every major crisis that Palestine, and I, live through, a new inspirational idea explodes in my mind and makes me lose sleep. This happened during the 40-day curfew that was imposed on us by Israel during the first Gulf War in January–February 1991. This crisis and long hours of sleepless nights inspired me to establish RIWAQ: Center for the Protection of Architectural Heritage in Palestine (www.riwaq.org).

The same was true in 2002 when the Israeli Army reoccupied the city of Ramallah (and other cities). Once again, I was stuck at home under a 44-day curfew together with my mother-in-law. The pressures caused by both, the Israeli army and my mother-in-law, made a writer out of me. It forced me to sit down to write Sharon and My Mother-in-Law, the book that brought my 91-year-old mother-in-law, and me, to fame. Obviously, Ariel Sharon, the prime minister of Israel at the time, did not need my help to bring him to fame. He was already renowned for his many atrocities against the Palestinians.

And to end a lifetime story, I often jokingly say that being dyslexic, I went to the school of architecture when I had meant to go to the school of agriculture. Once again, it took another crisis and a world pandemic and a whole life to realize that my early and first love was and still is my love for nature and gardening. And as such, my days now consist of working in my garden while taking long breaks to write, or is it the other way round? Writing while taking long breaks to work on my garden.