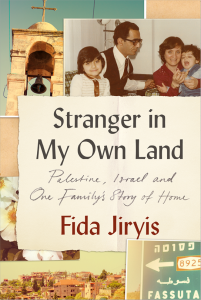 After the 1993 Oslo Accords, a handful of Palestinians were allowed to return to their hometowns in Israel. Fida Jiryis and her family were among them.

Having grown up in Lebanon and Cyprus, nothing had prepared Fida for this sudden homecoming. In this memoir, she tells the story of her family’s journey that is closely intertwined with the story of Palestine, from the Nakba to the present – a seventy-five-year tale of conflict, exodus, occupation, return, and search for belonging. 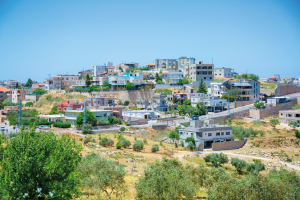 Jiryis’ father, Sabri, was born in the Galilean village of Fassouta, near the Lebanese border, and witnessed the Nakba as a child. His village was one of those that survived, and he grew up under military rule, studied law at the Hebrew University in Jerusalem, and worked with Hanna Naqqara, the veteran “land lawyer” in Haifa. Sabri was one of the leaders of Al-Ard (Arabic for “the land”), the first political movement to emerge among the Palestinians who remained in Israel. In 1970, he went into exile in Lebanon, where he became director of the PLO Palestine Research Center and an adviser to Yasser Arafat.

Fida and her brother were born in Beirut, and their childhood was marred by regional tensions, the Lebanese Civil War, and the 1982 Israeli invasion that led to their mother’s death. Thirteen years later, the family made an unexpected return to Fassouta, their village of origin in the Galilee. But Fida, twenty-two years old and full of love for her country, had no idea what she was getting into. Her first years in Israel were deeply turbulent, marked by something akin to “social schizophrenia,” with a struggle that would long define her experience there. In this memoir, she narrates her tale through her unique perspective of a Palestinian who has lived in the diaspora, in Israel, and in the West Bank, presenting an account of what it was like to be in these three realities – the first, in a forced distance from the homeland; the second, under a blanket system of discrimination; and the third, under military occupation. 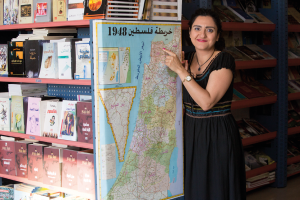 Stranger in My Own Land chronicles a desperate, at times surreal, search for a homeland between these spaces, asking difficult questions about what the right of return would mean for the millions of Palestinians waiting to come home. It sheds light on the deep inequities and tragic human cost brought about by Israeli discrimination and occupation of the Palestinians, as it traverses one individual’s complex journey through the Palestinian experience. Published by Hurst, in partnership with Oxford University Press, the book is to be released in September 2022. It will be available in Jerusalem at the Educational Bookshop on Salaheddin Street and at the American Colony Hotel.

For more information, please see the publisher’s announcement at https://www.hurstpublishers.com/book/stranger-in-my-own-land/.