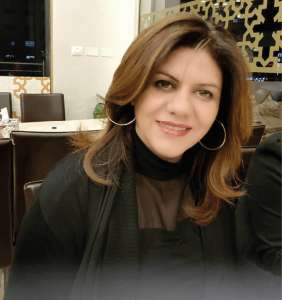 Last September, Shireen was reading to me an article she had written for This Week in Palestine; ironically enough it was about her experience in Jenin. Never did I imagine that a few months later, I would be writing her obituary. 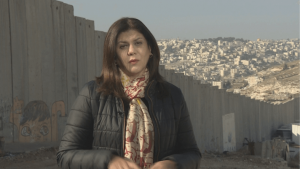 Aside from being a journalist, Shireen was my aunt and closer to being a sister. Despite how difficult and challenging her job was, she was always there to support us in every way possible. If there is one word to describe Shireen, it would be “dedicated.” She was not only dedicated to her job, but also to our family. Her cheerful personality and her unique sense of humor used to light up every room she entered. After a long day of work, she would come home and tell us about her experiences. 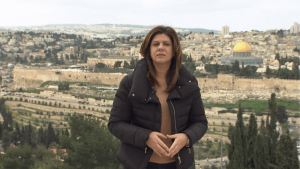 Shireen loved life and enjoyed every part of it despite its challenges and tragedies. She used to get excited about the little things in life: a morning dose of tea with fresh mint, good coffee, delicious food, a daily dose of chocolate after lunch, playing cards with friends, reading a book, taking her dog, Filfel, out on walks, watching a good TV show after a long day at work. Ironically she enjoyed murder mysteries and crime drama, and the list goes on and on. 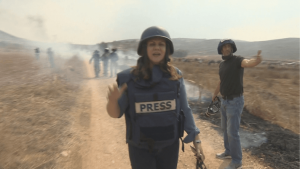 Over the past few months, Shireen would text me every morning, “Did you solve the Wordle of the day?” – an online game where you have six chances to guess the word of the day. We would spend hours, sometimes, trying to guess the word, give each other hints, and make sure we didn’t lose our daily streak of luck. Our last conversation on May 10 was about Wordle; the word of that day was gecko. I haven’t played Wordle since. 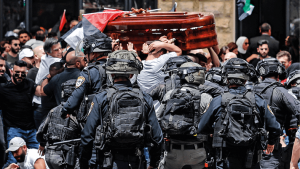 May 11, 2022. A day that will forever be etched in our minds and in the collective memory of all Palestinians. In those first few moments of inexplicable grief and anger, we were immediately engulfed by an outpouring of love and support, as people from every corner of Palestine joined us in mourning. As they said, she is “not only your daughter, but also our daughter, the daughter of Jerusalem.” 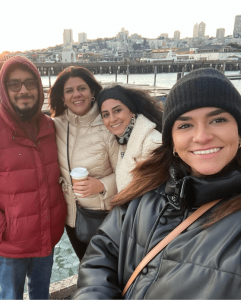 During her life, Shireen touched every corner of Palestine. With her words, she amplified the voice of those who had been silenced and brought the stories of all Palestinians to life; with her empathy, she helped children look for toys under the rubble of their demolished homes, she grieved with widows and orphans, and humanized Palestinians; with her love, she touched the hearts of those who knew her and even of those who didn’t. In her death, that love reverberated back to her from every corner of Palestine. From Jenin to Nablus, from Ramallah to Bethlehem, and finally to occupied Jerusalem, the outpouring of love for Shireen is indicative of the life she led and the tremendous impact she had on the lives of others. 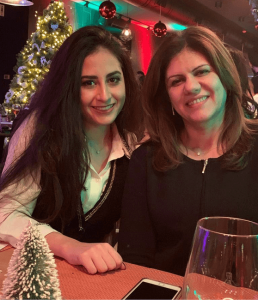 Words cannot express our gratitude to the Palestinian people, who rallied around us from the very first moment that the tragic news of Shireen’s killing broke. If Shireen were here, she would have been amazed by the outpouring of support and compassion that her people — and people around the world — showed us. She would have never imagined that the streets of Jerusalem would be overflowing with people honoring her, raising the Palestinian flag, and paying their respects as she was laid to rest in the city that she so loved. 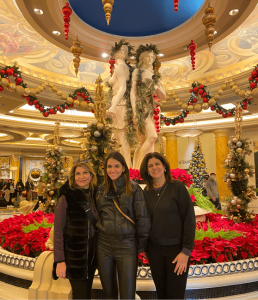 The insurmountable grief was only lessened by the overwhelming outpouring of love shown to us by all of Palestine. There are so many people whom we would like to thank who took care of Shireen and treated her with dignity, and who helped us to cope with this unimaginable tragedy. We cannot name them all, but our heartfelt thanks are extended to them.

We are eternally grateful to Sharif Al Azzeb of Jenin, who fearlessly put his own life at risk to try to provide assistance to Shireen and move her out of harm’s way. She was not mistaken when she said that in Jenin, she had met people who have never given up on hope. We thank the people who rushed Shireen to the hospital and the dedicated emergency room doctors and nurses in Jenin, who valiantly tried to save her life. We thank President Mahmoud Abbas for giving Shireen a funeral that is normally reserved for dignitaries; King of Jordan Abdullah II bin Al-Hussein for honoring Shireen with the Medal of Independence; the eminent Prince of Qatar Tamim bin Hamad Al Thani for his unwavering and unconditional support; US Secretary of State Mr. Anthony Blinken, for the support extended by him and the US Embassy. Our gratitude also goes to all senior officials from around the world who paid their respects and consoled us during this tragedy. To Shireen’s second home, Al Jazeera, we offer tremendous thanks and love, as well as to the news outlets, both national and international, that were courageous enough to report the truth of what happened on May 11. 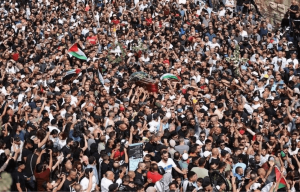 Shireen had the ability to make everyone feel close to her, whether or not they knew her personally, and so upon her death, her family instantly expanded to include all of Palestine. This was evident in the endless crowds of people who came to our home to mourn when the news first broke, in her pallbearers who refused to let go of her casket despite being brutally attacked by the Israeli occupation army, in the countrywide and worldwide memorials and vigils that were held for her, in the scholarships made in her name, and in the little Palestinian girls who wore “Press” jackets to school to honor her on “Who’s Your Hero” day.

In life, she unified and uplifted the voices of Palestinians; in death, she unified Palestine and uplifted the Palestinian struggle once more, refocusing the world’s attention on the Palestinian plight. On the day of her funeral, men and women, young and old, Muslims and Christians, people of all political factions, came together in unity to honor the woman who was a powerful, trailblazing icon across the Arab world. She was truly “the voice of Palestine.”

Shireen loved the sea, and she loved people, having chosen journalism to “be close to people.” And in her journey from Jenin to Nablus to Ramallah and finally to Jerusalem, she was surrounded by a sea of people.

While Shireen’s killing has left an indelible hole in our hearts, the actions of so many people have reflected true humanity. We thank the tens of thousands of people who lined the streets of Palestine to bid her farewell. She carried their stories and their suffering, and they in return carried her on their shoulders to her resting place. You all have touched our lives in ways that we can never forget and for that we are forever grateful. 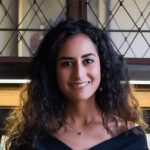 Lina Abu Akleh, is a Palestinian-Armenian born and raised in Jerusalem. She holds a BA in political studies and a diploma in media and communication from the American University of Beirut and an MA in international studies with a concentration in human rights, governance, and global justice from the University of San Francisco. Her thesis focused on Settler Colonialism and Exploring Water Control in Palestine. Lina has built her experience in diplomacy, research, human rights, and advocacy.