Born in Perth, Australia, to the “most amazing parents,” Sam Husseini is the oldest son of orthopedic surgeon Dr. Najah Husseini, “who continually serves Palestine with an open heart” and  Nahla Husseini “the most brilliant real-estate tycoon who built an empire,” Sam assures. He grew up in Jerusalem, finished high school in the United States, and then went to the University of Iowa, where he obtained a master’s degree in mechanical engineering. Upon graduation, he started working at PTC, a start-up in Boston, Massachusetts, until it became a billion-dollar company ten years later. 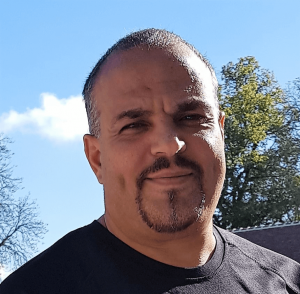 In 2004, Sam decided to move back to Jerusalem to show the only form of resistance to the occupation he considers valuable, namely, to live there and cope with all of life’s complexities that Palestinians face on a daily basis. In 2009, Sam started LionHeart as a training organization that supports local companies in sales, digital marketing, team building, and leadership, skills he considers crucial to the success of any enterprise. Since then, Sam has expanded LionHeart into a group of four companies that focus on capturing heritage sites in 3-D to encourage tourism, team building and leadership training, IT outsourcing, and counter-drone security, respectively. LionHeart’s primary mission is to employ as many Palestinians as possible to give them a decent life with the highest employment standards. 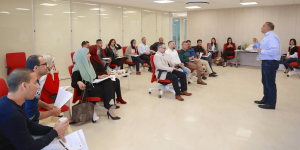 One of Sam’s dreams is to capture the beauty of the place where he lives and to show the world its magnificence through a virtual reality environment, enhanced with a touch of augmented reality that shows how it was in days past. 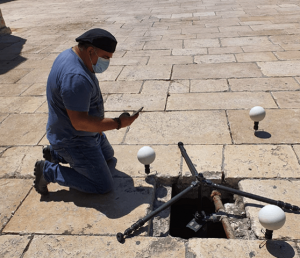 Sam is an Aspen Institute Fellow and a member of the inaugural class of the Middle East Leadership Initiative. He is also part of the Lion’s Club, volunteering his time to serve the community through initiatives that aim to raise funds for the elderly, the visually impaired, diabetes research, and environmental preservation. His future goals are to focus more on environmental projects such as tire,  plastic, cardboard, and even water recycling. He is determined to help create a clean Palestine that can show its true beauty to the world. 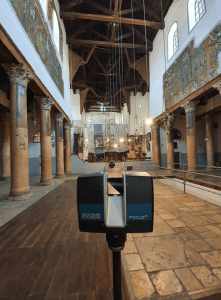 Sam has three incredible kids whom he values above anything else, and hopes that they will one day live in Palestine, a place that he and many others consider to be the most beautiful place on Earth.