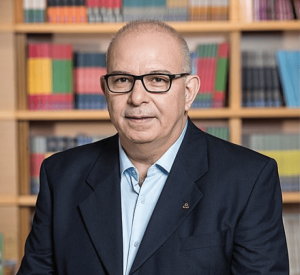 Born in Nazareth in 1963, Saleem Zaroubi is a very active, successful astrophysicist, widely regarded and prominent within the community. He obtained his BSc and MSc in physics from Technion, a technology research university in Haifa, where he also was active politically and served as the head of the Arab student committee. In 1994, he graduated with a PhD from Hebrew University, specializing in the same field. From 1994 to 1997, Zaroubi was a postdoctoral fellow at the physics and astronomy department of the University of California at Berkeley, and from 1998 to 2004, he was a research associate at the Max Planck Institute for Astrophysics, near Munich. In 2004, he moved to the Kapteyn Astronomical Institute at the University of Groningen, The Netherlands, where he became an associate professor in 2006 and a full professor in 2011. Since 2016, he works also as a full professor at the Department of Natural and Life Sciences at Open University of Israel, where he currently also chairs the newly established Astrophysics Research Center (ARCO).

Prof. Zaroubi’s main research topic is cosmology, the field that studies the universe as a physical entity and explores its overall properties, formation, and evolution. In particular, he works on various issues related to the formation and evolution of the large-scale structure of the universe, which refers to the patterns of matter and galaxies on scales much larger than individual galaxies or groupings of galaxies. He has published more than 150 scientific papers in professional journals and books. He also writes in Arabic about scientific, social, and political issues, addressing the wider public. His most recent publication is the book entitled In the Beginning: Physics, Philosophy, and the History of Cosmology (in Arabic). 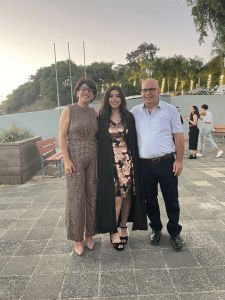 Prof. Zaroubi has left his mark across multiple fields of physical cosmology, and indeed several of his seminal papers (e.g., on the Wiener filtering reconstruction of large-scale structures, or on the reconstruction of the power spectrum, and on the density, velocity, and potential fields of all sky galaxy redshift surveys) are still referred to in contemporary research. His international reputation is unquestioned, and he has received many invitations to hold review talks at international conferences and colloquia in top scientific institutes. Most of Prof. Zaroubi’s research activity in recent years is associated with the LOFAR Epoch of Reionization (EoR) Key Science Project, and this is reflected in his publication record. This project is designed to uncover the EoR, which is a crucial period in the history of the universe related to the formation of the first generation of galaxies.

Among the many research grants and prizes that Prof. Zaroubi has received is the Alexander von Humboldt Research Prize that was granted in 2022. This award is given by the German Alexander von Humboldt Foundation to internationally renowned scientists and scholars who work outside of Germany in recognition of their lifetime research achievements. Recipients are “academics whose fundamental discoveries, new theories or insights have had a significant impact on their own discipline and who are expected to continue producing cutting-edge academic achievements in the future.” 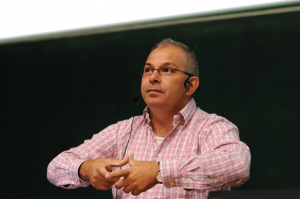 Prof. Zaroubi’s research is driven by scientific curiosity rather than personal ambition, and both his scientific knowledge and his personality have been essential to his success.