The Arab Development Society (ADS) is one of the oldest nongovernmental organizations in Palestine, established by a decree of the League of Arab States in 1944 and with gratitude to its founder, the late Musa Faidi Alami, a prominent politician and philanthropist dedicated to the Palestinian cause throughout his entire life. He was a lawyer by profession and a graduate of Trinity College, Cambridge University. 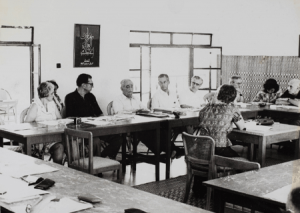 The ADS has a general assembly of around 31 members from diverse backgrounds, including some of the most respected and dedicated Palestinians. Its board of directors comprises seven members, and the executive committee is composed of a president, vice-president, treasurer, and secretary. The ADS manages its finances in conformity with modern accounting and auditing systems. Members receive no remuneration for their service on the board, and any other assistance they render to the society is given free of charge.

The goal of the ADS has been primarily to assist Palestinian farmers in maintaining their presence on the land, strengthening their resilience and steadfastness. Following the 1948 Nakba, which resulted in the occupation of the best land in Palestine, ADS goals shifted to include caring for and pursuing the education and training of the orphans and children of martyrs.

The ADS remains the custodian of around 8,000 dunums (800 hectares, 1,977 acres) of land in Jericho, and 500 dunums (50 hectares, 124 acres) in the area of Jiftlik in the Jordan Valley. These lands were mostly barren and had never been cultivated before they were decreed to the ADS in 1944. The early activities of the ADS entailed the drilling of 28 artesian wells, the water of which was used to reclaim about 4,000 dunums of land, as the society set itself to plant a wide range of fruit trees and forage crops.


Next, the ADS embarked on a very ambitious agricultural venture and established a dairy farm, importing a herd of cows from the state of Utah in the United States. Also, it was imperative to build a modern dairy plant to produce pasteurized milk, yogurt, ice cream, labneh, white and soft cheese, and keep a flock of layer chickens that, at its peak in 1967, before the war, reached 30,000 birds. The farm and dairy products of the ADS were marketed both within the West Bank and in neighboring countries, with substantial amounts reaching Amman, Jordan, the location of the ADS distribution center at the entrance of the Intercontinental Hotel in Amman. I personally witnessed the shipping of processed chicken that was exported via Jerusalem Airport in Kalandia to Damman and Dahran in Saudi Arabia in the 1960s.

In the early 1950s, in order to carry out its mission to care for and improve the lives of refugees, orphans, and underprivileged children, the ADS embarked on creating a vocational training center on its land in Jericho to provide for the educational and residential needs of 160 trainees at any one time. It is noteworthy that some of the students excelled in their training and were offered scholarships to gain higher education in such universities as the American University of Beirut and Brigham Young University in Utah, in the United States.

Thanks to ADS founder Musa Alami, an association was established in the 1960s in both the United States and Great Britain, named Friends of the ADS, to support ADS Palestine. Its members included politicians and dignitaries, among them Geoffrey Furlonge, the author of Musa Alami’s biography, and Sir Anthony Nutting, a British diplomat, member of parliament from 1945 to 1956, and minister of state for foreign affairs from 1954 until 1956. Honorary memberships were held by the famous historian Dr. Arnold Toynbee and the Hon. Frances P. Bolton, the first woman to be elected to Congress in Ohio. Many international organizations donated generously to enhance the infrastructure of the ADS, notably, the Ford Foundation, which erected the vocational training center building in 1952.

In its endeavors to instill confidence and steadfastness in the farming community in Palestine, the ADS set its eyes on raising the health and living standards of the Arab rural communities, as well as enhancing environmental health through afforestation and commercial tree plantation. Also, ADS encouraged the establishment of agricultural cooperatives and the provision of agroforestry, agricultural, and industrial training to orphans and destitute Arab youth.

In 1983, shortly before the death of Musa Alami, an assistance agreement was forged between the ADS, the Norwegian Refugee Council, and the Swedish Save The Children Fund (Rädda Barnen) to administer a project that lasted until April 1987. Such a course of action was deemed necessary after the onslaught of the 1967 War, during which the Israeli army wreaked havoc and destruction, destroying or looting more than half of the dairy herd, almost all of the poultry flock, and most of the farm machinery, equipment, and wells. The most serious of losses was in trained staff, many of whom joined the flood of refugees who fled to Jordan. A parallel exodus took place among the trainees whose number fell by almost two-thirds to 60.

Since 2010, ADS has embarked on an ambitious project to utilize and rehabilitate lands that have never been cultivated, and has invited agricultural entrepreneurs to grow medjool palm trees; to date, 3,000 dunums have been planted. The ADS benefits by charging rent for a fixed fee per dunum, and such a venture is environmentally and financially rewarding for all stakeholders. The income generated is entered into the society’s budget to run projects that serve its mission.

The ADS has also established a fish hatchery for the production of approximately 120,000 fingerlings, with thanks going to the government of Denmark that subsidized the cost of this venture. The fingerlings are sold to fish farmers in the Jordan Valley, and the ADS has taken upon itself the task of providing training in the field of fish-farming. Large ponds have also been constructed to raise Tilapia and sea bass, which are sold in the West Bank market.

An important venture was the establishment of a solar-energy plant for the production of electricity that produces 30,000 kW per month. The project was made possible by means of a soft loan from the Presbyterian Church of the United States with whom the ADS has a close and enduring relationship.

In order to enhance its production capabilities, the ADS is presently constructing a new dairy plant that will be able to reach a 20-ton capacity per day, at a cost of 2,325 million Jordanian dinars (excluding machinery). The project is partially subsidized by the Arab Fund for Economic and Social Development in Kuwait that has previously been generous towards ADS and provided the society with funds to establish a milking parlor, a harvester, a fodder mixer, and a cowshed, also availing moneys to drill two very much needed wells. 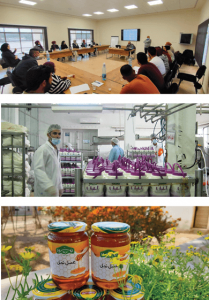 In order to adhere to its mission, the ADS has forged agreements with several universities to carry out research projects relevant to agricultural practices and food production. Thus, the ADS holds seminars and training courses for university students on beekeeping and water and soil preservation, as well as research on palm tree-related issues such as the red palm weevil and related pests.

To give credit where it is due, the ADS furthermore owes a debt of appreciation to organizations such as the Hydrology Group for providing a water reservoir to store potable water needed by the cows on the dairy farm. Thanks go to Oxfam for financing the rehabilitation of the training center as well as extending a helping hand in logistical issues regarding the administrative setup. Also, our gratitude goes to the Japanese government, namely JICA, for assistance in rehabilitating the fish farm, which required concrete lining, a canopy to cover the pond, and machinery such as water pumps and aeration equipment. 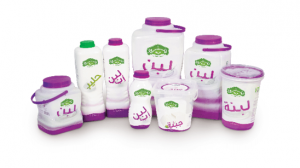 Moreover, Jericho Municipality was most cooperative in renewing the water delivery system, thus enhancing the smooth and reliable flow of fresh water to the ADS compound. Most noteworthy is the pivotal role of the Ministry of Agriculture for its gracious support of the ADS and its continued support through the forging of a memorandum of understanding that guides its future cooperation with the ADS.

Our thanks also go to the Palestinian Telecommunications Company Paltel for installing underground cables throughout the ADS grounds, and to the UNDP for continued assistance and support. We look forward to building upon our enduring relationships in the near future.