Raja Shehadeh graduated from the American University of Beirut in 1973 with a degree in English literature and philosophy. He then studied law in London, was called to the English Bar at Lincoln’s Inn in 1976, and has been in private practice in Ramallah since 1978. In 1979, he co-founded the pioneering human rights organization Al-Haq, the Palestinian affiliate of the International Commission of Jurists, which he co-directed until 1991. In the course of his legal practice, Raja handled and participated in a number of precedent-setting cases, including the request to the International Court of Justice at The Hague regarding the Legal Consequences of the Construction of a Wall in the Occupied Palestinian Territories. From 1991 to 1992, he served as legal adviser to the Palestinian delegation at the talks between the PLO and Israel in Washington, D.C. 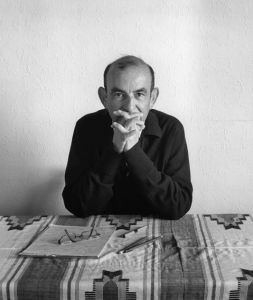 Raja writes for the Guardian, the Nation, the New York Review of Books, the New York Times, the New Yorker, and Granta. He has published numerous articles in law journals on the legal aspects of the Israeli occupation of Palestinian territories. His books on the subject include Occupier’s Law: Israel and the West Bank (Institute of Palestine Studies, 1985, revised 1988), The Law of the Land: Settlements and Land Issues under Israeli Military Occupation (Passia, 1993), and From Occupation to Interim Accords (Kluwer, 1997). His latest published literary works are his memoir, Strangers in the House, Coming of Age in Occupied Palestine (Penguin, 2002 and Profile, 2002), and When the Bulbul Stopped Singing: Life in Ramallah Under Siege (Profile 2004), which was adapted for theater and performed in Edinburgh, Tehran, New York, Tokyo, and Amman. His more recent books are Palestinian Walks: Notes on a Vanishing Landscape (Scribner, 2007 and Profile, 2007), which won the 2008 Orwell Prize;  A Rift in Time: Travels with my Ottoman Uncle (Profile, 2009); Occupation Diaries (Profile, 2013); Language of Peace, Language of War: Palestine, Israel and the Search for Justice (Profile, 2015); Where the Line Is Drawn (The New Press, 2017); and Going Home: A Walk Through Fifty Years of Occupation (The New Press, 2020). He co-edited with Penny Johnson Seeking Palestine: New Palestinian Writing on Exile and Home (Interlink, 2013) and Shifting Sands: The Unravelling of the Old Order in the Middle East (Profile, 2015 and Interlink, 2016).

A number of his books have been translated into fourteen languages. Raja lives in Ramallah, Palestine.