Our Vision for Liberation 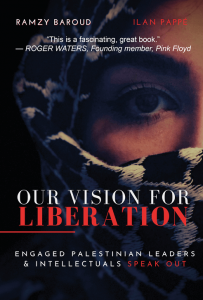 In commemoration of the 74th anniversary of the Palestinian Nakba, renowned historian Professor Ilan Pappé and Palestinian author Dr. Ramzy Baroud have released Our Vision for Liberation: Engaged Palestinian Leaders & Intellectuals Speak Out. This book aims to challenge several strata of the current Palestine discourse that have led to the present dead end: the American pro-Israel political discourse, the Israeli colonial discourse, the Arab discourse of purported normalization, and the defunct discourse of the Palestinian factions. None promote justice, none have brought resolution, and none bode well for any of the parties involved.

In this book, close to thirty iconic intellectuals and scholars from Palestine and across the shatat, the diaspora, articulate their view of a future Palestine. These chapters reveal the insights of those who have been actively involved in generating an ongoing Palestinian discourse on liberation, as they take into account the parameters of their struggle as it now stands. Drawing on their own personal experiences as educators, community leaders, spiritual leaders, artists, historians, human rights activists, political prisoners, and the like, they address what is to be done now, what next, in a manner that reflects not only Palestinian aspirations but also their view of what is possible. 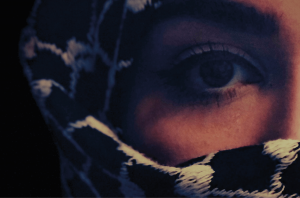 “At a time when the world desperately needs hope and guidance toward habitable futures, these moving visions of a decolonized, democratic and free Palestine will resonate wherever collective yearnings for freedom have survived,” wrote iconic American activist and intellectual Professor Angela Davis, adding, “Palestinian intellectuals, activists and artists are a beacon, both for the future of Palestine and the destiny of our globe.” Roger Waters, founding member of Pink Floyd, has called this book fascinating and great. Ronnie Kasris, the South African anti-apartheid icon recommends this book because it will leave you “strengthened and inspired” because “it’s a death knell to the Zionist fantasy and imperialist domination. Every page breathes the scent of freedom – sooner than is thought.” And Jeremy Salt, author of The Unmaking of the Middle East: A History of Western Disorder in Arab Lands,  wrote, “The first-hand testimonies in this collection of essays send a clear message to the racist apartheid occupiers of Palestine: your attempts to obliterate us have failed. Here we stand. Here is the evidence of the culture, the archeology, the history and the land that you have tried to persuade yourselves and the world that didn’t exist, here we stand as living proof of the presence you could not erase even after more than a century of trying.”