Law plays an important role in the running of any society. It provides the framework for regulating the behavior of individuals, the distribution of resources, the expected norms, and the sanctions for violating them.

In many developing countries, particularly totalitarian regimes, law becomes a useful tool for the preservation of privilege and the oppression of masses. It is sometimes given divine authority or at least sanction and becomes part of the reality that the poor and the oppressed have to deal with. In such societies, law is rarely, if ever, used against the rich and the powerful who are somehow always exempt from its application, but its provisions are ruthlessly applied to the weak, the poor, and those without proper connections. 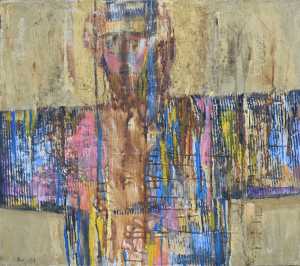 In such societies, ordinary people have no respect for laws, unless they are specifically and currently applied and enforced, through the courts, the police, and the heavy arm of the state. It is therefore a matter of cleverness to creatively avoid the rules and the laws; and perpetrators, when caught, feel no sense of shame or guilt, but rather frustration and resentment since they realize that it is only their lack of power that led to their punishment and not the illegal behavior, since they could easily have escaped if only they had had the right connections.

For this reason, the slogan “rule of law” is not a value readily accepted in many societies, including Palestine, where the experience of most people is rule by law rather than the rule of law. Israel continues to issue military orders and impose its will through most of the occupied territories. And while the PA aspires to form the foundations for  a democratic representative society under the rule of law, it is clear that we still have a ways to go to achieve this, especially since the Legislative Council has been suspended, and elections have not been held in 15 years. Under these conditions, legislation must be promulgated through presidential decrees until they are confirmed by a new Legislative Council.

For people to accept the rule of law and internalize it as a value requires a number of elements:


In Palestine, this situation clearly does not exist, and therefore, obtaining respect for and compliance with laws is often an uphill battle; laws need to be enforced against the will of the people and not with their approval and consent. This is why a system of apartheid, applying laws and rules to Jews that are different from those applied to non-Jews, can never be considered subject to the rule of law.

There is no rule of law when the laws are military orders, issued by the occupying forces to serve their own interests and those of the Jewish settlers. This is also true, however, when laws are issued by presidential decree, serving and facilitating the perceived interest of the president and his policies, and without the process of parliamentary debate and a duly elected Legislative Council. Even good and necessary laws can suffer from lack of legitimacy if they are not undertaken by a proper democratic legislative process.

This principle can be easily illustrated by traffic and safety laws, which are clearly for the public good, and it would make sense for them to be respected. If these laws are believed to be in the public interest and applied equitably to all, they can demand and get respect, whether or not there is a policeman around to enforce them. Even traffic laws are ignored in Palestine, however, particularly when no policemen are around to enforce them. This may well be the result of a culture in which laws themselves lack social legitimacy.

When seat belts were introduced by an Israeli military order in the early 1980s, it applied only on intermunicipal roads. There was a 50-meter section, between Jerusalem and Al-Bireh, near the old araq factory, where Israeli policemen hid to “trap” Palestinian drivers who were not wearing seat belts and charge them with exorbitant fines. As a result, the population viewed seat belts as an oppressive nuisance and a moneymaker for the occupation. A taxi driver would actually reach over and unhook the passenger’s belt as soon they passed that point, assuming that he was doing the passenger a favor!

Enforcement of the laws becomes another obstacle to the rule of law. When a car with yellow (Israeli-registered) license plates cannot be stopped or ticketed in the West Bank by Palestinian police, or when wasta prevails, and those with connections to the “security services” can avoid application or enforcement of otherwise sound laws, the same result occurs. People get ticketed, not because they violated the traffic rules, but because there was no wasta to intervene. They therefore have no respect for traffic regulations, and where policemen are not around to enforce them, they feel no moral compulsion to follow the rules.

The absence of properly functioning independent courts that can impose promptly enforced judgements in a fair and equal fashion further erodes respect for the rule of law.

When organizations such as Al Haq work to promote the rule of law in Palestinian society, it is with the clear understanding that while rule of law is definitely a worthy value to strive for, achieving it in Palestine requires some fundamental changes in the system itself and not merely educating people as to its value.