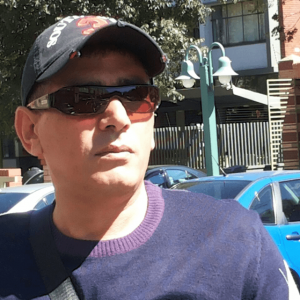 Nasser al-Laham is the editor-in-chief and founder of Ma’an News Agency, director of Al-Mayadeen TV channel, and a member of the Palestinian National Council. His many important career benchmarks include working at the Radio and Television Corporation founded by the late Palestinian leader Yasser Arafat in Jericho in 1995. While a biology student at Bethlehem University, Nasser al-Laham was editor-in-chief of both Bethlehem TV and Al-Mahd TV. His arrest at this early age prompted a varied academic journey as he changed his major to English literature and then moved to the Faculty of Sociology, from which he graduated. Neither his working career nor the Israeli occupation has managed to stop al-Laham from pursuing higher education and earning a doctorate in psychology that focused on body language. He has been working in written, audio, and visual journalism for thirty-two years and, in addition to Arabic, speaks English and Hebrew.

Al-Laham has published several books in Arabic: Tel Aviv: A City with No Secrets (2002); Fatah: The Sword and the Pen (2003); The Popular Front: Learn Well, Fight Well (2005); Media under Hamas (2007); The Blind Do Not Like Carrots (2011); and Body Language in the Israeli Media (2015). His portfolio holds thousands of articles, TV episodes, and journalistic reporting. Possibly his most important television program is A Tour of the Hebrew Press, which has ranked first in opinion polls for the past 20 years and boasts close to 7,000 episodes. Other TV programs include Hard Questions and The Week’s Harvest. In addition, al-Laham has produced several films, the most important of which are Korea … Rivers Never Live; Marwan Barghouti; Monsters of Africa; Turkey and the Sublime Gate: Cuba, the Communists’ Paradise; Jericho, The Oldest City in the World; and General Jabr al-Akhras. 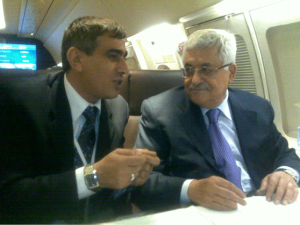 Among the many dozens of awards that al-Laham has received are the Arab Culture Award from the Arab League in Qatar in 2010, the Media Journalists for Al-Quds Award, and the 2020 Personality of the Year from Al Sanabel Center in Jordan.

As al-Laham is best known for political criticism, it is understandable that neither the government nor the opposition is satisfied with his opinion. But this has not limited his popularity or his presence in society. When people are asked to describe Nasser al-Laham, one response stands out: “He’s different.” And he certainly is in his ceaseless effort to seek innovative means to make an impact, be it in politics, in the way we think and analyze, or even in social matters.

Born in Bethlehem in 1966 to refugees originally from the district of Al-Ramle, Al-Laham has one daughter whose name is Beirut, three sons – Marcel, Basil, and Baseel, and four grandchildren. He lived in Dheisheh Refugee Camp before moving to the Doha area of ​​Beit Jala in 2006. He loves poetry and has even tried to write some, but his time does not allow him to indulge. His favorite TV programs are on nature and animals. In fact, when he’s abroad, he often surprises his family and friends with images from zoos around the world. Al-Laham has visited most continents and more than a hundred countries. He prefers Africa to Western countries and also likes Eastern Europe and the countries along the Danube River. 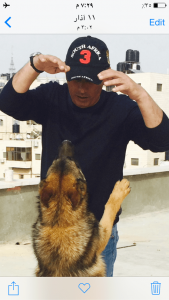 Al-Laham strongly opposes the emigration of Palestinians to America or any Western country, even for a limited period of time to work. He is a pan-Arabist and a nationalist who loves Arab history and deserts. Paradoxically, however, he prefers the bustling city life with its people to the quiet areas. Among his regular hobbies are filmmaking and reading books on spirituality and psychology. He sees no benefit in separating religion from life, as he believes that it is possible to separate religion from the state but impossible to separate religion from life.