At the age of seven, Mounir Kleibo lived through the 1967 War, an experience that has impacted his entire life. He later learned about the 1948 Nakba that resulted in his family’s forced displacement from their home in Baqa’a in West Jerusalem. As with many Palestinians, Mounir’s experience of the Israeli-Palestinian conflict is not simply personal, it’s a focal point in his life. He believes that the best way to combat injustice is to create an educated, cultured, and successful Palestinian community. 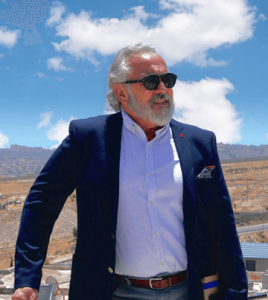 Born in Sheikh Jarrah to a well-rooted Jerusalemite family, Mounir received his primary, elementary, and secondary education at the Collège des Frères, a francophone college located in the heart of East Jerusalem, inside the Old City. He believes that this quality education, which included learning several languages, helped to form his personality and arm him with fundamental social values. He recalls with tremendous nostalgia his early-morning and late-afternoon walks to and from the school. Not only did walking by the walls of Jerusalem and living the details of everyday life give Mounir great satisfaction and pleasure, but it also taught him to appreciate culture, arts, and music, and has certainly cemented his Jerusalemite character.

Among his other talents, Mounir has mastered photography. His photos have gone viral locally and internationally, particularly one of Damascus Gate that has reignited the passion of millions of Palestinians, particularly those in the diaspora. His photos are considered sensitive and reflective of daily life in Palestine, particularly Jerusalem. Mounir loves to capture images of everything that is positive, beautiful, and original in Palestine. His photos embody the steadfastness of the Palestinian people as he documents their resilience. Social media has been instrumental in promoting Mounir’s photos and his artistic personality, which came in handy in 2004 when he worked at the UNDP/PAPP as head of the team that produced Palestine: A Guidebook.. 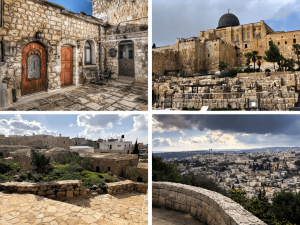 On the professional level, Mounir can boast a wide range of posts where he has proved to be a highly qualified management executive and a pioneer in advocating transparency, corporate social responsibility, accountability, and social inclusion. His advanced career began as dean of the Ibrahimieh Community College in Jerusalem. He later became chief of cabinet in the Palestinian Authority’s Ministry of Finance. In 1996, he joined the United Nations in his capacity as head of the UNDP/PAPP Governance and Public Sector Unit. At the UNDP, he managed the UN Volunteers program and was a key player in the Transfer of Knowledge through Expatriate Nationals (TOKTEN) initiative in Palestine.

Mounir is currently the representative of the International Labour Organization in Jerusalem, Palestine. He sits on a number of advisory boards for education reform, civil society advancement, cultural heritage advancement and human development, reform, democratization, and digitalization.