The recent death of Mohamed Joulani sparked an outpouring of grief and affection that would have astonished the artist himself. Slight in build, soft-spoken, humble, and self-effacing, he never sought the limelight or the acclaim that his extraordinary talent warranted. Fellow artist Ahed Izhiman recalls asking Joulani where he saw himself in the future. Joulani replied: “I will remain what I am. I am doing OK, and when the future comes, God will take care of it.” He was a true artist, obsessed with the craft and the possibilities of expressing the human condition’s truth through art. 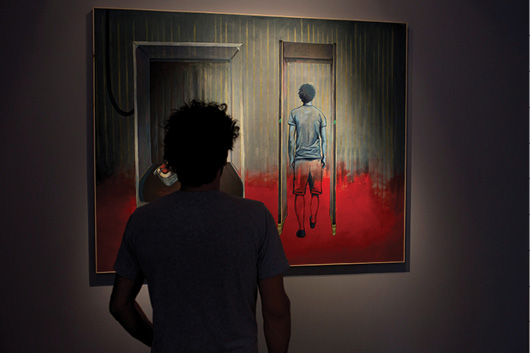 Joulani embarked on his career with a degree in fine arts from Al-Quds University, teaching visual arts at the Ramallah Friends School. His 2016 solo exhibition at Al Hoash Gallery proved that he was not afraid to tackle controversial subject matter or express his frustrations. The Regular Day exhibition conveyed what a “normal” day means for a Palestinian, as we see the artist passing through checkpoints, encountering armed Israeli soldiers, and confronting his Palestinian identity and heritage.

In 2018, Joulani completed a residency at the Cité internationale des arts in Paris, where he continued to experiment with self-portraits, choosing to reveal himself not in words but through his paintings. He was also very active in the Jerusalem Street Museum project that brought art into the city streets and public spaces. Joulani made his art appear effortless, as though a natural extension of his body. His detachment from the material world put him on a timetable that differed from that of everyone else; he would get absorbed in his work, surviving on coffee and cigarettes, forgetting to eat. His vulnerability and quiet sincerity won people’s hearts. He was a listener who only joined in conversations when he had something important to add. Yet, his irrepressible sense of humor and infectious laugh ensured that no conversation would remain serious for too long. 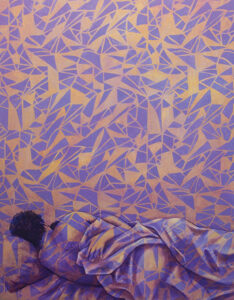 Joulani produced exquisite sketches, watercolors, and modern artwork of Jerusalem, a city he loved. There was a calm simplicity in his pieces, and the bright, vivid colors he chose conveyed a sense of what is eternal in the city, what makes it beautiful and bright despite the rapid transformations under occupation and the uncertain future. Art can win hearts and minds in unexpected ways, and Joulani was a crucial ambassador for Palestinian art.