An artist, filmmaker, and Gaza native, Mohamed Harb reflects the stories of Gaza through the visual arts. He has been a member of the Palestinian Association of Fine Artists since 2003, and works as an artist and filmmaker at the Palestinian Space Channel in Gaza. To promote his art, he has  participated in many local, regional, and international exhibitions held in Europe and the Arab world. 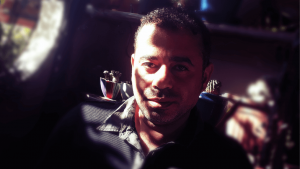 Mohamed has witnessed many challenging events in Gaza, including uprisings, blockades, and wars, and still lives in Gaza under harsh conditions. His art is influenced by the drab reality of the Palestinian situation, which he tries to characterize through color. Nevertheless, all of his work investigates the hidden human body. 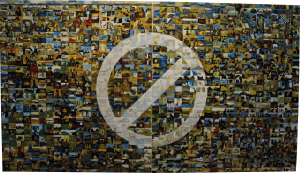 Since 1995 Mohamed has been working in plastic and other fields of art. In recent years, he has been interested in photography, video art, and directing visually artistic documentaries. His fertile imagination has led him to blend art and technology, creating artistic images by using light to enhance shaping. Through this process, Mohamed has become one of the most important Palestinian contemporary artists in the field of visual arts. He was also nominated to participate in the September Academy at Darat al Funun in Amman – Jordan 2003. 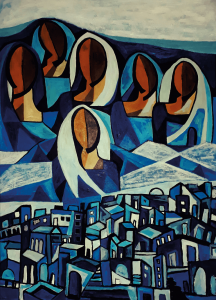 Mohamed obtained a Bachelor of Fine Arts from Al-Najah University, Nablus, in 2001 and also graduated from the School of Visual Arts in Marrakech, Morocco in 2015. He has been working in the field of film directing since 2005 and has organized many art exhibitions and workshops as well as feature-length and short films locally and internationally. He took part in the Cannes International Film Festival within the Palestinian pavilion of the film Repatriation Room 2019. The film was nominated for the Robert Bosch International Prize in Germany as Best Documentary Project on Human Rights. Mohamed has received many local and international awards and several grants for his innovative work not only in project implementation but also in the use of IT and video techniques. 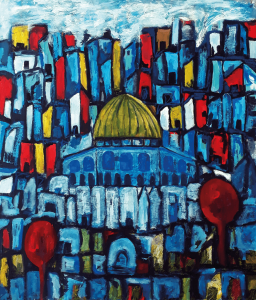 Over the past three years he has been working on several projects, including the artistic A Biography of Gaza, which has recently been screened in many Arab and European cities. 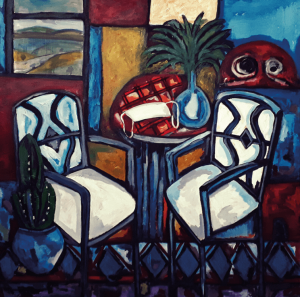 Like many other artists, Mohamed Harb looks forward to bringing to fruition his dream to build a better life in Gaza and to add vibrant color to the drab situation. He has been working as founder and general supervisor of the International Video Art Festival -Gaza for three years. He can be reached at harb.art@hotmail.com.