Would you trust news from any source? How can we ensure that “fake(d)” news does not overtake the flow of information?

Journalism plays a vital role in society, bringing verifiable news and informed commentary to the public. Every day, the news provides a basis for dialogue, debate, and informed decision-making on the issues that affect us. It helps us build our identity and, as global citizens, better understand the world around us; it contributes to meaningful changes towards a better future.

Today, however, news producers face many challenges. In-depth and fact-checked news is being overshadowed by shared media content that is all too often far from this standard. On social media, in particular, collecting clicks and being first reign supreme over properly verified news and comment. All these factors further compound long-existing problems of unjustifiable curbs on press freedom in many parts of the world.


In these circumstances, where does the responsibility lie for ensuring that fact-based debate is not stifled? Whose duty is it to strengthen the media’s potential to foster a better future for all? And how do we protect the fundamental rights of freedom of expression and freedom of information, which are the preconditions for independent and free journalism?

The answer is that we must look to ourselves as agents of change – whether we are government actors, civil society members, businesspeople, academics, or members of the media. Each of us has a role to play because each has a stake in press freedom, which facilitates our ability to seek, receive, and impart information.

The National Mechanism for Monitoring Safety of Journalists was established in Palestine to reinforce member capacities and expand the scope of coverage, which includes capacity-building sessions. It is worth mentioning that this mechanism was formulated and established to ensure the contribution of the State of Palestine to the UNESCO Director General-Report on the Safety of Journalists and the Danger of Impunity.

What happens to journalists and to journalism is a symbol of how society respects the fundamental freedoms of expression and access to information. Society suffers whenever a journalist falls victim to threats, harassment, or murder. It affects us all when press freedom is curbed by censorship or political interference or is contaminated by manipulation and fabricated content. 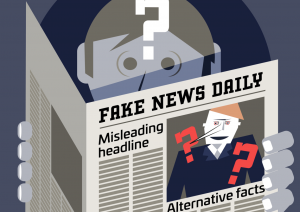 When the free flow of information is hampered, the void is more easily filled by disinformation, undermining the ability of communities to make informed choices. In today’s context of disinformation and misinformation, the ultimate jeopardy is not unjustifiable regulation of journalism but that publics may come to disbelieve all content – including journalism. In this scenario, people are likely to believe whatever content is endorsed by their social networks if it corresponds with their hearts, but they neglect to engage with their heads. We can already see the negative impacts of this phenomenon on public beliefs about health, science, intercultural understanding, and the status of authentic expertise.

World Press Freedom Day on May 3, with this year’s theme “Information as a Public Good,”*1 came at a difficult time that was characterized by ongoing attacks on journalists, the viral spread of false information online, and the weakening of the media – all of which have been exacerbated by the COVID-19 pandemic. It serves as a call to affirm the importance of cherishing information as a public good and exploring what can be done in the production, distribution, and reception of content to strengthen journalism and to advance transparency and empowerment while leaving no one behind. 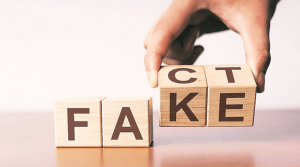 Similarly, the International Day for Universal Access to Information (IDUAI),*2 celebrated every September 28, offers a moment to highlight the role of access-to-information laws and their implementation in order to build back strong institutions for the public good and sustainable development, as well as to strengthen the right to information and international cooperation in the field of implementing this human right. It is worth noting that both WPFD and IDUAI are celebrated here in Palestine by UNESCO and its many partners. Being a well-informed citizen means being knowledgeable, having a critical mind, and being able to play an active part in community and national life. It means having the educational resources that make it possible to enjoy lifelong learning and adapt to an ever-changing socioeconomic environment. It means unlocking one’s creative and innovative potential.

UNESCO and its intergovernmental programs, such as the International Programme for Development of Communication (IPDC) – provide a platform and frame for all stakeholders to participate in international discussions on policy and guidelines in the area of access to information. It is within this framework that UNESCO in Palestine has been implementing a number of activities that lead towards change and make a difference in good practices, professionalism, and guidance, thereby contributing to developing the media landscape and paving the way for a democratic and safe environment.

Freedom of expression is a fundamental element of the Universal Declaration of Human Rights and is widely seen as underpinning other democratic freedoms, such as the right to form political parties, the right to share political ideas, the right to study the actions of public officials, and so on. In this sense, it also supports good governance and democratic accountability. For this reason, it is believed that media require special protections to enable them to operate freely.

UNESCO therefore recognizes that in the Palestinian context, safety is clearly one of the major challenges that face journalists and media workers. UNESCO fully acknowledges the extent of these challenges and, as a result, has made the safety of journalists one of its priority areas of intervention in the past few years, within the framework of the implementation of the UN Plan of Action on Safety of Journalists*3 and the Issue of Impunity, endorsed by the UN Chief Executives Board in 2012, coordinated by UNESCO at the global level.

In this context the Journalists’ Safety Indicators were developed to pinpoint significant matters. Relative to this, a study on JSI is currently still ongoing in Palestine, its findings and recommendations will be published at the end of 2021.

UNESCO has consequently developed the capacities of journalists on conflict-sensitive reporting and safety, in collaboration with partner organizations, as well as developed the safety model course on Safety of Journalists with the International Federation of Journalists. UNESCO also supported the establishment of Safety Officers Network from the various media outlets and built their capacities in the field of safety management. The establishment of the national mechanism is another achievement as part of reinforcing safety protocols and ensuring the proper reporting and acknowledgement of violations and cases to be registered, reported, and monitored using the UNESCO guidelines.

UNESCO developed a model curriculum – Journalism, ‘Fake News,’ and Disinformation: A Handbook for Journalism Education and Training*4 – as an essential addition to teaching syllabi for all journalism educators, as well as practicing journalists and editors who are interested in information. Several training workshops that targeted young professional journalists took place during the past year to teach how to use this curriculum and how to share it. A number of topics were addressed, from media coverage during elections to coordinating electoral media campaigns and other topics related to civil peace, international law, code of conducts and methods of fact-checking, disinformation, and combating fake news.

Journalists are not supposed to fear for their lives as they carry out their work, which is essential to democracy and the rule of law. Promoting the safety of journalists and combating the impunity of those who attack them are central elements within UNESCO’s support for press freedom on all media platforms, through global awareness-raising, capacity-building, and a range of other key actions. 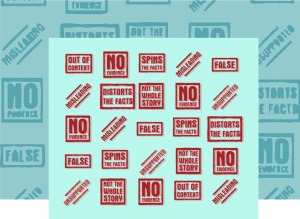 In order to achieve a lasting peace and ensure a sustainable development, it is essential to respect basic human rights. Everyone must be free to seek, receive, and impart knowledge and information on all media, online and offline. Quality journalism enables citizens to make informed decisions about their society’s development and, by contributing to effective governance and rule of law, also builds effective, accountable, and inclusive institutions at all levels. 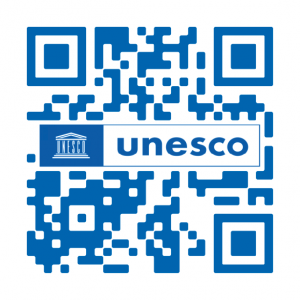 Scan the QR Code to watch a video promoting freedom of expression and journalists’ safety, especially female journalists. The video was produced by UNESCO Ramallah Office in 2021 on the occasion of the World Press Freedom Day celebrated on 3 May

*1World Press Freedom Day was proclaimed by the UN General Assembly in 1993 following a Recommendation adopted at the twenty-sixth session of UNESCO’s General Conference in 1991. This in turn was a response to a call by African journalists who in 1991 produced the landmark Windhoek Declaration on media pluralism and independence.

*3 The UN Plan of Action on Safety of Journalists and the Issue of Impunity aims to create a free and safe environment for journalists and media workers, both in conflict and non-conflict situations, with a view to strengthening peace, democracy, and development worldwide.

*4 Journalism, ‘Fake News’ and Disinformation: A Handbook for Journalism Education and Training, a new publication by UNESCO, is a timely resource and highly topical subject for all those who practice or teach journalism in this Digital Age.