A look into the cultural life of Jaffa during the last century provides a useful perspective into the transformations from which all Palestinian cities have suffered since the Nakba. The case of the “bride of the sea” shows how Israel has exerted control over historical Palestine not just in terms of issuing policies to confiscate lands and properties but also in limiting human development, including Palestinian cultural life.


Jaffa led very important cultural, economic, and political changes in Palestine until the 1948 Nakba. In the last master plan for the city of Jaffa before the Nakba, published in 1946, the Egyptian engineer Ali Mas’oud and city planner Osman Rostum wrote in their introduction: “The city of Jaffa is considered the Arab and national capital of Palestine. Although Jerusalem is the capital of the Palestinian State and includes the political center, Jaffa’s pure Arab identity makes it, from this perspective, the real capital of Arab Palestine.”


During the Nakba, the Israeli state expelled the Palestinians of Jaffa and inherited their city. Ever since, all Palestinian properties have been controlled by the Israeli state and the Tel Aviv-Jaffa municipality to serve tens of thousands of Jewish immigrants from Bulgarian, Romanian, and other origins.

More than a decade later, in 1959, the Israeli journalist and writer Nathan Dunevich published a book about the history of the city of Tel Aviv. At that time, Jaffa had become a part of Tel Aviv and lost its independence as a city. Dunevich concludes his book with a chapter that describes Jaffa in the 1950s, stating that Jaffa had been transformed into a Bulgarian city. He describes how in an immense change, most of the public sphere had changed from Arab into a new realm controlled by the Bulgarian language and Bulgarian immigrants who had come to Jaffa after the Nakba. The ethnic cleansing perpetuated in Palestine in 1948 expelled the Palestinians from the geography and history of the city of Jaffa and thereby also ended the modernization process that Jaffa had been leading as an Arab Palestinian central city.


Ninety-eight percent of the Arab Palestinian population in Jaffa was expelled during the Nakba: only 3,900 citizens were able to stay – from a population of nearly 120,000 persons who had lived in the city before 1948. The small and marginal minority that remained in Jaffa were expelled from their homes in various neighborhoods of Jaffa and concentrated in the southern part of the city, the Ajami neighborhood. Having become a minority in their homeland, they lived under a new political regime that did not acknowledge their Palestinian history and identity. Since 1948, the Israeli state has been working relentlessly to destroy the Palestinian identity and culture of the Palestinian minority that survived the Nakba. Israel calls this process of destruction a “Judaization process.” It includes the expulsion of the indigenous population and the prevention of their return because they were born to “the wrong race” from the Israeli state’s point of view. This “Judaization” process affects the public sphere in many aspects. The municipality of Tel Aviv-Jaffa changed the names of important cities and streets, giving them Jewish names, many of which commemorate Zionists figures. For example, I live on Rabbi Nahman Mebraslev Street, and all the streets surrounding my building carry names of rabbis who have nothing to do with the history of Jaffa.


Arab Palestinian cultural institutions such as schools, cinemas, theaters, sports clubs, newspapers, and other cultural spheres have been “Judaized” as well by the Israeli state and the Tel Aviv-Jaffa municipality. The Arab Palestinian Greek Orthodox school and the famous Greek Orthodox club were used as a military camp until 1998. Nabil Cinema house was used as a theater and cinema that showed films from European countries and nowadays serves the Russian immigrants who came to Israel in the 1990s. Al Hambra, once the most famous cinema in Jaffa and all of Palestine was used as a cultural institution for groups of Jewish immigrants; most recently, the building was transformed into a Scientology center.


Other cultural institutions were entirely or partially destroyed and no longer serve as such. This transformation was happening immediately after the Nakba and during the ongoing process of destruction of Palestinian history and identity. Some of the old neighborhoods of Jaffa were totally destroyed, such as Al-Manshiyya, Tal Al-Rish, Saknet Darwish, and others that today have lost their relationship to Palestinian history and culture.

The Palestinians who were expelled from their homes and until today have been prevented from returning, many of them stranded abroad, have been struggling to preserve their rights and regain the ability to rebuild their city and its culture.


Palestinians cherish their culture and have reacted to Israeli attempts at their eradication with resistance. The marginal minority of Palestinians who were able to continue living in Jaffa after the Nakba were excluded from any important decision-making processes regarding their present situation and future. Nevertheless, despite years of struggle and resistance, this minority has been able to preserve and rebuild part of their culture. The first generation that survived the Nakba and strong collective trauma were able to keep the Arabic language and hold on to part of their heritage and culture. The second generation, those born in the 1950s and 1960s, started a vital process of rebuilding Palestinian identity and culture in Jaffa. One of the important institutions built by the first generation of academics in 1979 is still working under the name of Arab League for Jaffa and has played a crucial role in spreading awareness about the history and culture of Jaffa and Palestine among the younger generations of Palestinians living in the city.

Other cultural institutions that played an essential role within the Arab Palestinian minority in Jaffa in the 1970s and 1980s were the Greek Orthodox scouts, the Islamic scouts, small church movements, and other sporadic institutions that engaged in various activities. Many of these activities had to be carried out in a very hostile environment because the Israeli government portrayed them as “dangerous ” from a security point of view. The state’s policies aimed to obliterate any relation between the Palestinian minority and their history and identity. Until today, they are not allowed to teach their history at schools. The only aspect Israel allows is the religious dimension of the Palestinian minorities’ identities. 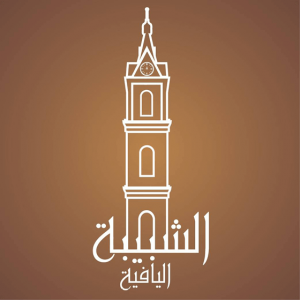 Thus, for many decades, raising the Palestinian flag was considered a crime according to Israeli law. This was overturned only with the 1993 Oslo Agreements. But even today, three decades later, Israeli police frequently continue to treat the raising of the Palestinian flag as a crime. Moreover, numerous poets and journalists, some of them prominent in their field, have been imprisoned for their writings. People have been investigated by the Israeli police for singing “national songs,” and singers have been arrested for being suspected of singing “dangerous songs.” Many books have been censored and were forbidden from being imported from what Israel still calls “enemy states.”


Despite such measures that created an atmosphere of fear and terror, it remained very important for the Palestinian minority in Jaffa to keep and develop their Palestinian identity and culture. The acts of resistance planted by the first and second generations have created an empowered and strong generation of young Palestinians who are able to keep up the struggle.


In 2010 a group of young Palestinian students established in Jaffa “the Yaffa Youth Movement.” This NGO has written clearly that one of its goals is to keep and develop the Arab Palestinian identity of the young generations of Jaffa. Another important goal is to empower and develop the Arabic language and the status of this language in the public sphere. Since its establishment, this group has led many cultural activities such as tours, lectures, dabke dancing, and demonstrations in efforts to reclaim the public sphere and “re-Arabize” it.

The result of these activities over the last decade is starting to show. Many of the new businesses carry Arabic names such as Yaffa Books and Coffee, Basma Café, Fairouz Café, Yaffa Knafeh, Mansheya Bar, Deyaffa, Al-Helwi Market, and more. The Arab Palestinian city council members were able, after decades of struggle, to change some of the street names to Arabic names again. We are talking about a very small number of streets, but it proves that the struggle is ongoing.


In 1998, the Palestinian minority was able to build the first Arab Palestinian theater in Jaffa after the Nakba. It was called Al-Saraya Theater because it was built in the eighteenth-century house of the former Ottoman governor in the old city of Jaffa. In my point of view, the story of this theater summarizes the Palestinian minority’s struggle to preserve and develop its culture. The theater was targeted several times by various Israeli figures, ministers, and members of the Knesset for its cultural activity. It was criticized for mentioning the Palestinian Nakba and for hosting a play on Palestinian political prisoners and other activities. When a few weeks ago, Al-Saraya Theater broadcast the famous movie Farha that tells part of the story of the Palestinian Nakba, Minister of Finance Avigdor Lieberman threatened to cut its budget. The board of the theater made the courageous decision to continue its activity and hosted a very successful broadcast that was attended by many people who came to support the theater and its decision.

While the Arab Palestinians who were expelled during the Nakba never expected to live their lives and die in exile, the Zionist leaders who occupied Jaffa and expelled its population never dreamed that 75 years later, there would be a generation of Palestinian youth that is proud of its identity and struggles to preserve and develop its Arab Palestinian culture. We must acknowledge that we have a very long way to go until we can create a just and equal environment for this national Palestinian minority, an atmosphere in which they can prosper and develop their culture like other nations worldwide. But we can attest that the Palestinian minority that lives in Jaffa, after decades of struggle, has been able to rebuild Palestinian cultural institutions, no matter how small and how marginal in the context of the large Jewish city of Tel Aviv.