Dr. Hanan Ashrawi is, without a doubt, the most famous Palestinian woman of her generation. For decades, she has been Palestine’s tireless and eloquent voice around the world, advocating for her people’s freedom while educating politicians, decision-makers, and ordinary citizens about the Palestinian cause. 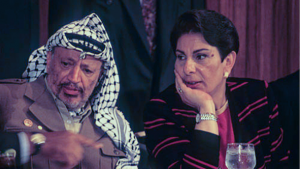 Unapologetically feminist and progressive, Hanan has consistently reaffirmed the Palestinian people’s inspiring ability to thrive despite the odds. She promotes finding common ground and building bridges with other social movements worldwide based on mutual respect and parity. “Our struggle must not be reduced to begging for sympathy or proving that we deserve freedom. We have to stand tall and build partnerships as equals,” she says.

The Palestinian people have lived sumud for a century, rejecting their dehumanization and erasure, protecting their identity and narrative, and struggling for freedom from Israel’s colonial enterprise while thriving and contributing to humanity in all fields. Sumud, she explains, includes sustaining a vibrant, active, diverse, principled civil society that elevates the voices of citizens, leaves no one behind, and ensures that women’s rights are not suppressed or sidelined.”

Hanan’s contribution to Palestine extends beyond the fight to end Israel’s colonial occupation. In her long and rich career as an academic, political advocate, civil society leader, parliamentarian, and elected PLO Executive Committee member, she has also been a stalwart advocate for women’s rights, civil liberties, freedoms, good governance, and transparency. She is credited with establishing many leading civil society organizations, including the Independent Commission for Human Rights, Transparency Palestine, and the Palestinian Initiative for the Promotion of Global Dialogue and Democracy (MIFTAH). 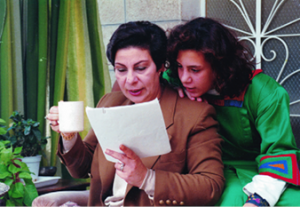 Protecting and advancing women’s rights is an integral component of the Palestinian people’s ability to persevere and achieve freedom, Hanan asserts. In a recent interview published on the Heinrich Böll Foundation website, she said, “You cannot withhold self-determination, justice and equality from your own women in society and claim that you are fighting for them as a whole against the occupation.” She has dedicated her career to advancing women’s rights in Palestine and around the world, championing the adoption of UN resolution 1325, and pushing the Palestinian government to accede to the Convention on the Elimination of All Forms of Discrimination against Women (CEDAW), among others.

In December 2020, Hanan resigned from her position as a member of the Palestine Liberation Organization’s Executive Committee to make way for younger women. She also asserted her call for elections and the renewal of Palestinian institutions. While her resignation caused a political uproar, civil society and women’s rights activists were not surprised that Hanan was practicing what she preaches: the need for an accountable, transparent, inclusive, and democratic political system. 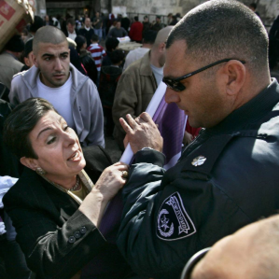 The resignation from her political position freed Hanan for what she enjoys most: building a robust civil society. “I can hardly keep up with them!” she exclaims when describing the requests she receives from around the world. She emphasizes that she does not need a title to keep serving her people, explaining, “I am now free to focus on empowering youth and women even more, and to help them become the leaders they can be. This is the way to ensure that our struggle and sumud remain vibrant and effective.”

“Our complex reality and struggle inspire peoples around the world. We must be proud of who we are and what we stand for,” says Hanan. She believes that Palestinian sumud is reinforced by working on the domestic, Arab, and international fronts at the same time, asserting, “We must not lose sight of the intersectionality of our cause and the international dimension of our call for freedom.”