Thirty-plus years ago, I visited Geneva for the first time. Aside from the magnificent scenery, I was impressed by the spread of gardens and pools on rooftops across town. At the time, I thought that this should be among the seven wonders of the world. Since then, a green revolution has spread over the rooftops of many cities worldwide, and in the last eight years it has reached as far as Gaza. Don’t raise your eyebrows, my dear reader, yes, I mean Gaza, believe it or not.

But whereas green rooftops are filled with pools, trees, grass, and other plantations in most cities, Gaza roofs are packed with solar panels that produce most of the energy needs of the households that own them. Nowadays, most schools, hospitals, and public buildings that house NGOs or international agencies are electrified mostly by solar panels.

Gaza has been devastated by Israel’s politicization of providing a steady electricity supply and the stalemate on reconciliation talks that could end the political rift that has been ongoing since 2007. Since “Hamas” took over Gaza from the Palestinian Authority (PA), three wars have been waged against Gaza, destroying a wide range of infrastructure, including most of the electrical grid that has not been upgraded for decades. This devastation has pushed Gazans into the darkest era in their lives. On good days, they enjoy the supply of electricity for no more than four to six hours. The irony here is that this supply is not predictable and may start anytime. Only Gazans know how precious the supply of electricity is: even if power lights their residences only at 2 a.m., families will rise from their sleep, rushing and scrambling to quickly finish as much as possible of the work that needs electric power, taking advantage of the precious few hours.

Palestinians purchase from Israel more than 90 percent of energy consumed. With solar energy and political will to reform, this could drop to 65 percent in less than 3 years, financed through private investment.

Investment in solar energy in Gaza is not a matter of financial, economic, or environmental concerns. It is a matter of personal survival. Only in Gaza may families decide to postpone a surgery or a family member’s semester of study at a local university to be able to pay for their lifeline of solar panels. Only in Gaza is the installation of solar panels on the roof a matter of class and prestige, enabling families to watch TV, charge cell phones, or wash clothes in a washer that used to sit in total silence. Most importantly, only in Gaza does the buzz or rumble of a refrigerator sound like a sweet symphony. Only in Gaza can electricity generated by solar panels help a child study at night, using stored energy, and enable a famous doctor, who performs surgery on the people of his nation, thereby offer them a new beginning. This, as well, is possible only by utilizing energy that is generated by solar panels that spread over the rooftop of a hospital.

The irony of this situation in Gaza is the fact that these survival-based investments come with the significant added value of making a modest contribution to the global efforts to combat climate change. Here, a typical household that, during a one-year period, generates its own energy through six solar roof panels avoids greenhouse gas emissions that would equal those generated by burning five barrels of oil or eludes CO2 emissions that would have to be carbon sequestered by 35 tree seedlings that grow for ten years. Of course, this romantic account of Gazan efforts to save the earth should not bypass the fact that our land-sea-air-locked Gaza is probably the largest dump per square meter for dead batteries.

Renewable energy has gone through rapid growth over the past few years, mainly driven by efforts to improve energy security; increase energy access in poor countries, especially Africa; and contribute to the mitigation of climate change. Expanding investment in renewable energy is a vital must in a country such as ours: deprived of all its natural resources, almost totally dependent on its occupier for the supply of energy, rich in God-given eternal sunshine at an average of 3,300 hours per year, suffering from a shortage of supplies, and consuming the most expensive electricity in the region. While no accurate statistics are available about the share of renewable energy in the energy mix in Palestine, we believe that, currently, around 3 percent of the total energy consumed comes from solar energy investment (not accounting for the energy saved through solar water heating). The modest rate of investment in renewable energy is due to a deficient investment environment and a negative outlook among electricity distributors who claim that growth in this sector will bankrupt them.

There is an immense political value of fast growth in the renewable energy sector in Palestine, where any kilowatt-hour of electricity generated from solar panels would be a kilowatt-hour not purchased from Israel. This sector is a perfect candidate for an actual reduction of dependence on Israel and for real disengagement. From my own experience, I can assert that there is a considerable appetite for installing solar panels at all levels. We can increase disengagement from Israel in the energy sector by at least 40 percent through private investment in renewable energy (again, not accounting for energy saved from solar water heating). This scenario is not an impossible dream but rather an easy target to achieve if the PA decides to move in this direction and embarks on historic reforms in the policy and regulatory spheres.

Aside from the political dimension, renewable energy has a significant role to play in alleviating poverty, extending social protection for marginalized families, lowering government spending, compensating for the energy that is consumed freely in many areas, and promoting international investment in Palestine. The cost of investment in solar energy has dropped sharply in the last eight years, and the systems have become affordable (e.g., ompared to eight years ago, the cost today is hardly 30 percent of what it used to be). Moreover, the banking sector has moved a long way in facilitating the financing of solar panels systems.

The following arguments attest to the fact that this is clearly a realistic, achievable claim. 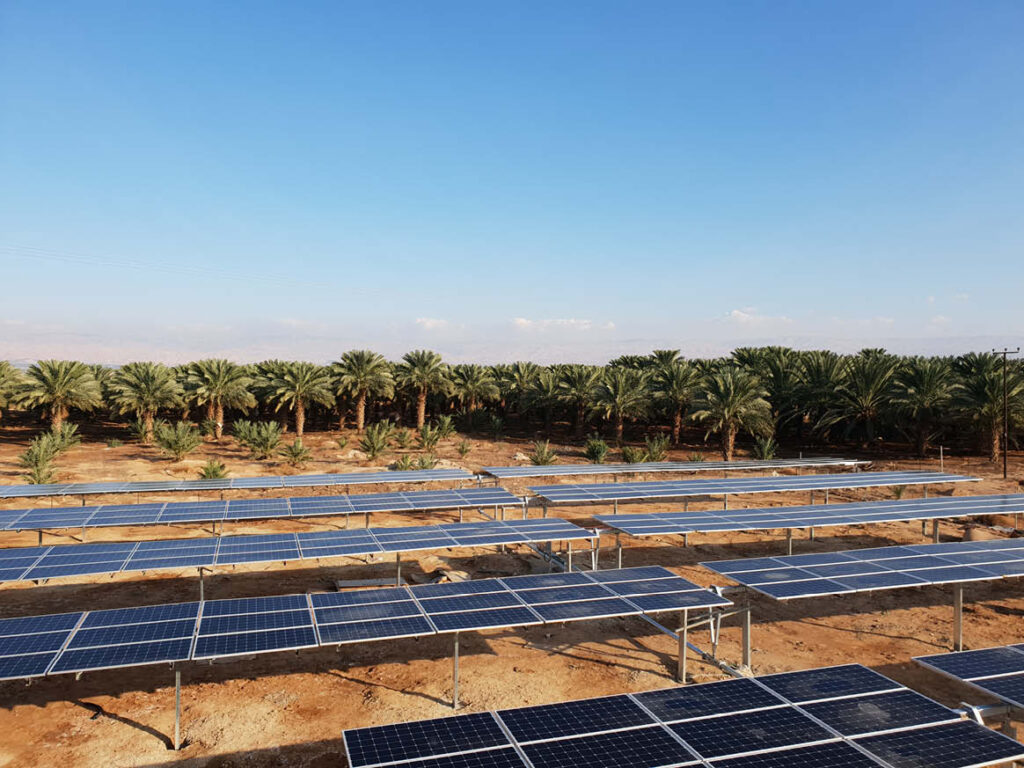 In sum, renewable energy in Palestine is not only about saving funds and making investments. It can also serve as a tool in our struggles to gain independence, break away from poverty, grow the economy, achieve partial energy security, and create open job opportunities. Real-life examples demonstrate that truly we can turn renewable energy in Palestine into a driver for a better future, secured economic growth, a lower cost of living, a source of income for the poor, and – most importantly – the significantly reduced dependence on Israel in the energy sector.