I am a Palestinian from Jerusalem and was raised to believe that my Arab nationalism is my identity. Yet I was brought up in the shadow of an occupation that had stolen the hopes and dreams of the people of my land. These people resisted, and they  believe that education, knowledge, and love for their country are their most effective weapons. 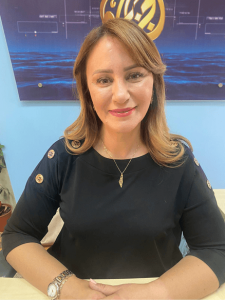 I was thirteen years old when the United States attacked Iraq after the Iraqi invasion of Kuwait. As a curfew was imposed, my parents were glued to the TV, watching the news. The Israeli TV channels were reporting that the Americans had destroyed all their targets. Hours later, Jordanian TV announced that Iraq had won. Even as a child, I found myself asking: Where is the truth? This became my sole quest. I realized my dream by studying journalism at Yarmouk University in Jordan. Upon my return, I was hired by Al Jazeera network.

As I grew up, I was influenced by my father who was editor, then editor-in-chief of several Palestinian newspapers, and by my mother who had her own column in a few newspapers. When I became a journalist, they stood by me and encouraged me through thick and thin. My brother Ahmad followed suit and also chose journalism as a career. My main challenge was the occupation itself, which more often than not, prevented us from conveying the truth. We were targeted and shot at several times, and our team frequently took rocky paths to reach areas in conflict.

When I became a mother, things changed. My daughters Raya and Taleed taught me strength, patience, and even fear. Before having them, I never cared about my safety or the consequences of the dangers I put myself in, but as a mother I feel I owe it to them to protect myself. It’s certainly not easy, but with motherhood came a new understanding of what mothers, especially the mothers of martyrs and prisoners, go through not only in Palestine but around the world.

When I met the mother of the prisoner Akram Fasfous, I wasn’t able continue the interview. For almost twenty years, her dream has been to have all six of her children sit together for a meal. All of her children are in prison. She has spent her life travelling from prison to prison to see her children.

In 2006, the Israeli army was destroying houses in Rafah. Um Ahmad insisted that we film her pigeons. I thought it was silly, but we obliged. Later that evening, as we watched the news from Rafah from the comfort of our homes, my phone rang. There was a lot of noise at the other end. It was Um Ahmad screaming that an Israeli tank was about to kill her pigeons. Then came a loud cry and the sound of an explosion; a rocket. The voice went silent. She had been martyred.

But sometimes stories have a happy ending. In 2017, when the occupation put electric gates at the doors of Al-Aqsa Mosque, Muslims and Christians resisted. During the sit-ins, all sorts of supplies were sent by anonymous people to help sustain those who refused to go home. During those days, the streets of Jerusalem were my home. We won that battle and the electric gates were removed. 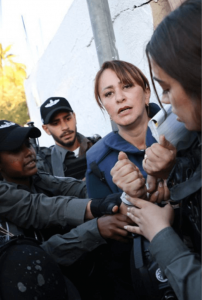 I dare say that June 5, 2021 was the most memorable day of my career so far. I was beaten by the Israeli army while covering the story of the home evictions in Sheikh Jarrah. The attack on me was unprovoked. I suppose the army considered my mere presence to be a provocation. I ended up with an injured back, a problem with my knee, and a broken hand. At the Israeli police station, an officer told me: “We did this so that you, Al Jazeera, and all journalists would shut up.” “Do what you want,” I replied, “but we won’t shut up.”

Now I would like to move into investigative journalism. My dream is that my final reporting would recount the freeing of all prisoners from Israeli prisons, the establishment of a Palestinian state, and my return to my family’s home in Qatamon in West Jerusalem. Even though it’s a dream that seems difficult to realize, what’s important is that I too have a dream.