When I was born, the evolution of television was in its infancy in Palestine. As a child, I still remember the black and white big woody box that needed time to heat up only to receive two or three channels. To my parents, that was amazing as they barely got used to the radio revolution when suddenly, they had pictures in addition to sound. 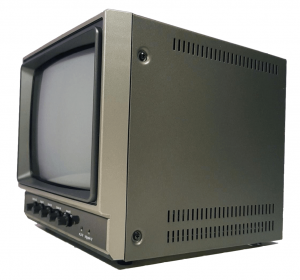 Since then, huge strides have been made in the making of television. Long gone are the big bulky heavy glass screens whose biggest size was 32 inches. Even the technology used in the manufacturing process, which for a long while depended on CRTs (cathode ray tubes), morphed into something unthinkable when television was first introduced.

No other media evolution has created as much impact as the TV. In a relatively short time, TV reached almost every point on the globe. Obviously, the immense popularity of TV has resulted in the unprecedented growth of TV viewing as well as technology. Our simple TV today is not simple anymore in comparison to the models we used to have 20 or 30 years ago. Today it is called smart TV, with various features to satisfy almost everyone. Television has grown through several aspects of technology, such as the TV studio technology, the TV transmitter and broadcast technology, and the TV receiving device technology. Not only have the TV signals been converted from analog to digital, but today, we have high-definition TVs, Internet Protocol TV, mobile TV, and 3-D TV commercially available. 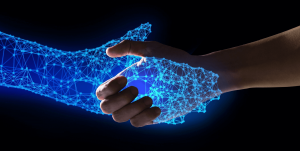 In the old days, in order to receive a clear signal, we had to be located near the broadcasting towers; within a few kilometers’ radius. Receiving channels through satellites was a huge jump. You can now watch channels from different continents or be connected to a cable network that can broadcast different channels around the globe.

With time, the internet boomed, and more and more users were connected to the net with a huge demand for media streaming. Local cable operators were thus made obsolete because one can be connected to any global provider such as Amazon, Netflix, and many other operators who invested in this new technology which in turn put traditional cable operators in danger. Netflix today has 185 million subscribers and generates profits in the millions. It is expected that by 2025, its profits will climb to US$25 billion, which only constitutes around 20 percent of the fees earned by free-to-air channels from commercials. No traditional media company has come anywhere close to retaining the same share of streaming revenue as Netflix. Potential competitors, such as Disney and other deep-pocketed players such as Amazon and Apple, are not generating large direct-streaming-video revenue yet, but could very well do that in the future. No one else is likely to do so.

Still, we are in the first steps of this war. The winner will certainly be the player that possesses more advanced and better technology. Music, newspapers, and magazines have all gone from growth to “ex-growth.” They’re smaller and fundamentally changed.

With the rapid growth of streaming, if traditional TV, both free-to-air and subscribed cable channels, want to survive, it is inevitable that they change their working model and go through a technological transition. However, we’re on the cusp of it now. With traditional TV fading, streaming profits will likely be big enough to make up the difference. Many of the hybrid models are difficult to predict, but one thing is clear, the TV business will change radically in the next few years.

With more speed over the internet connections and fiber lines, more people will be able to join with high-quality movies starting from HD to 4K, 6K, and 8K videos, not to mention 3-D technologies and VR (virtual reality, which is developing very fast these days).

Did you know that it is possible to swim with whales in the ocean while lying in your bed? VR is an area with fascinating possibilities. VR technology has been developing in the last decade and just recently started to boom and become popular – wearing glasses that take you to virtual reality in 3-D and 360 degrees. The VR era is happening now, and we will see the integration of more and more solutions. The most popular VR service today is gaming, where we have started to watch many acrobats and sports activities and games joining in. Now you can travel virtually and be in real adventure rather than watch flat or curve screen.

Teachers, banks, travel services, museums, and even clinics and hospitals have begun to join this technology. VR will change the meaning of learning and teaching. Education is the base for a thriving society, and virtual reality can be used to enhance student learning and engagement. VR education can transform the way educational content is delivered; it works on the premise of creating a virtual world that allows students not only to see it but also to interact with it. Being engaged in what they are learning will help them fully understand it. It will require less cognitive load to process the information. 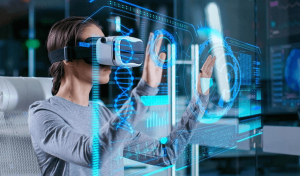 In addition, VR will shape the future of telemedicine, which just started during the last few years. The ability to view the inside of the human body in virtual reality is not only useful for doctors but also for patients. VR allows patients to be taken through their surgical plan by virtually stepping into the surgery.

All of this looks like small steps with respect to what is waiting for the generations to come. And here we begin to ask, What is the limit for our brain? How can it manage all these changes? And how will the future look for human beings.

Since the early days of the Palestinian National Authority, a Palestinian TV station started broadcasting as the official TV in Palestine. The station used UHF (ultrahigh frequency) with transmitters in Ramallah, Jericho, Jenin, Bethlehem, Hebron, and Gaza to cover all districts. A few years later, many local TV stations emerged, some of which were very successful, including Wattan TV in Ramallah and Al-Fajer TV in Tulkarem, to name a couple. Then we started to see a few Palestinian stations and media centers join the satellite broadcast which enabled those stations to disseminate Palestinian content internationally.

Today most of our TV and radio stations broadcast on the internet, and you can watch or listen to their broadcast from anywhere.