International law as it stands today derives from sordid origins, whereby European colonial powers created a body of law that requires Indigenous peoples to imitate European traditions – as a cover for expanding their colonial control. This body of law has never been dismantled, decolonized, or rewritten, only developed. Furthermore, the implementation of international law is dependent on the willingness of states, specifically the powerful ones, which implies a never-ending cycle of coloniality. 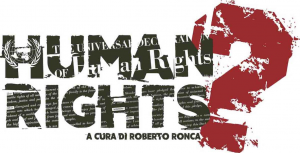 Considering these two factors, we should not be surprised that many Palestinians, who have endured historical and ongoing settler colonialism, are abandoning international law as a tool in their struggle for liberation, freedom, and decolonization.

In her book Justice for Some, Palestinian scholar Noura Erakat suggests a counter reading for skeptic observers of international law: “Think of the law as like the sail of a boat. The sail, or the law, guarantees motion but not direction. Legal work together with political mobilization, by individuals, organizations, and states, is the wind that determines direction.”*1 Although it is not the content and structure of international law that fail colonized and oppressed people in their struggle to achieve liberation, they do pose challenges. Take, for example, the Palestinian leadership’s legal work in the 1960s and 1970s when, as a liberation and anticolonial movement, it secured the passage of United Nations General Assembly Resolution 3379 of 1975, which “determine[d] that Zionism is a form of racism and racial discrimination.”*2 Fast forward to 2017, when the United Nations (UN) Economic and Social Commission for Western Asia issued a report that asserts that Israel acts as an apartheid regime against the Palestinian people as a whole. Only two days after its publication, the UN Secretary General withdrew the report, following pressure from Israel and the United States.

In these two examples, international law has not changed. If anything, it has developed positively. The colonizer and the colonized are the same in both cases. The regime that enforces apartheid and the people subjected to the institutionalized racial domination and oppression are the same in 2017 as they were in 1975; if anything, Israel has developed its tools to further expand and entrench its settler-colonial and apartheid control throughout these four decades.

For five decades, the Palestinian leadership has given up its political project towards liberation and decolonization, drowning in the fiction of attaining peace before achieving justice and decolonization, and engulfed in its greed for a state without all its people.

What is different is the strategic deployment of the law within a political compass, the global contextual periods, and the fact that the Palestinian political leadership – drowning in the fiction of being able to achieve peace before attaining justice and decolonization, and engulfed by greed for a state, even one that is not for all its people – has become another obstacle to achieving liberation for the Palestinian people.

Now that the Palestinian leadership is not an actor in the decolonization equation, individuals, nongovernmental organizations, and grassroots and social movements can mobilize political action and strategically use legal work and other tools to contribute to the outcome of international law. In this article, I explore the role of human rights organizations as one of the main actors that adhere to international law in their work, and whether their efforts can contribute to a decolonial future in Palestine.


One of the central branches of international law used by the movement is international humanitarian law, which has governed the Israeli occupation since 1967. This body of law is essential to ensure protection, but such protection is limited to the Palestinians who currently live in the West Bank and the Gaza Strip. International humanitarian law further turns a blind eye to any violation before 1967 and as such fails to expose the underlying nature of or provide a remedy for Israel’s historical and ongoing settler-colonial structure. Not to mention that this body of law considers occupation to be a matter-of-fact structure; thus, only the actions undertaken within the occupation can be challenged.

Law in itself cannot transform the power asymmetry that sustains colonialism and injustice. It is just a tool like any other tool and should be accompanied by political mobilization in the pursuit of decolonization and liberation.

A second body of international law, international criminal law – which centers on holding accountable individuals who are responsible for heinous crimes – is limited as well by the fact that it is only one facet of justice. Not to belittle the importance of the International Criminal Court’s announcement on March 4, 2021, that it will open a full criminal investigation into the committing of international crimes in the occupied Palestinian territory, which is seen by many as a way to challenge Israel’s impunity. But prosecuting a few perpetrators will not achieve reparations for historical and ongoing violations, including the right of Palestinian refugees to return to their homes. Neither can courts prosecute an entire structure of power or unpack the root causes of injustice.

Thirdly, international human rights law, which is also applicable in the Palestinian context, is central to the promotion of individual and collective rights and freedoms, including the right of people to self-determination that is binding for all states. Yet, by itself, this body of law remains insufficient to capture and dismantle the Israeli settler-colonial structure.

In Palestine, a Zionist settler-colonial project maintains an apartheid regime, violates provisions of international human rights and humanitarian law, and commits crimes against humanity and war crimes against the Palestinian people. This Zionist settler-colonial project has created a new political reality for the Palestinian people and rendered them indigenous.

An apartheid framework does not ensure decolonization, however. Ending apartheid in South Africa has not resulted in decolonization, as the liberation movement put much focus on the racial state but not on the colonial past or racial capitalism. Today, post-apartheid South Africa remains one of the most unequal countries in the world, bogged down by the legacy of South Africa’s colonial past, racial capitalism, and the adoption of the neoliberal economic paradigm after the country’s political transition.*3


In Palestine, all of the above-mentioned legal frameworks are symptoms of the Israeli settler-colonial regime. After all, to describe the situation accurately, one must admit that it is the Zionist settler-colonial project that is displacing, dispossessing, maintaining an apartheid regime, annexing land, violating individual and collective rights, and suppressing the resistance of the Palestinian people. It is also this Zionist settler-colonial project that has created a new political reality for the Palestinian people and rendered them indigenous.*4

The settler-colonial and indigeneity frameworks are what best describes the situation in Palestine without temporal or spatial limitations while also enabling the understanding of the historical and ongoing structure of power. Most importantly, these frameworks allow for what no other framework does: they shape how the Palestinian people perceive their future. These sociopolitical paradigms necessitate that the Palestinian indigenous people as a whole guide their struggle towards their country’s decolonization and liberation as they strive to bring about conditions in which the asymmetrical structure of power is dismantled and peace negotiations on not only the ruins but also the ongoing presence of a colonial power are off the table. Instead, the two frameworks allow for reparations, justice, and accountability to be ushered in.

But even the settler-colonial and indigeneity frameworks, which best capture Palestine’s past, present, and future, have their legal pitfalls. For example, the prohibition of colonialism in international law was not crystalized until the 1960s. As such, it can be argued that settler-colonial states established prior to this time are legitimized and normalized.*5 The legal indigeneity framework, on the other hand, imposes limitations on the right to self-determination of colonized people, whereby they should pursue their rights within the settler-colonial state. In this context it is notable that the decade of 2021 to 2030 is the UN-declared Fourth International Decade for the Eradication of Colonialism, with only three member states opposing: the United States, the United Kingdom, and Israel.

The pitfalls and challenges of international law towards Palestinian liberation are not disputed. These gaps have been maintained to preserve the system of international power dynamics, but – to recall Erakat’s analogy of the boat and how the law functions like a sail – we “raise the sail when useful, drop it when harmful, and stitch together a new one when possible.”*6

The Palestinian human rights movement should not shy away from strategically deploying the law within a political struggle that aims to achieve decolonization.

None of the above-mentioned legal frameworks rescinds another, and the complementarity between these frameworks allows for filling the gaps toward Palestinian liberation. Even when a human rights movement that adheres to international law strategically uses the law, the law in itself cannot transform the power asymmetry that sustains colonialism and injustice. It can only do so when complemented with political action. Concluding the boat analogy, Erakat writes, “[P]olitics are the forceful winds that mobilize change[,] and the law can be used in the service of those efforts.”*7