Media could be our gateway to freedom: freedom of expression and freedom of access. Its widespread and virtual wings allow both the presenter and the recipient, in addition to information and news, to “roam around” freely and easily, like the frequency of sound.

Asking legitimate questions about a radio station’s strategy and vision, we must examine media content and practices closely. This process entails establishing a practice of critical thinking about how digital technology and social platforms are channels of the information disorder; fighting back against disinformation and misinformation; fact-checking techniques; verifying social media and combatting online abuse and hate speech. All are in the core of UNESCO’s support, provided through the various programs of Freedom of Expression and Media Information Literacy. 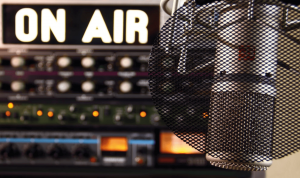 Behind the box hides a voice. Even though no facial expressions are to be seen, feelings are evoked by mere sound. It might be news, a poem, a song, or just a debate that attracts our attention, simply because the topic speaks to us and provokes emotion and thought, and touches on our common, daily concerns as citizens or on the events of the hour. When we read a book or a novel, our imagination creates the characters and scenery; we color it the way we want and shape the characters according to our own hopes and lived experiences. When that book is made into a movie or a documentary, we often face a new perception, even disappointment!

Imagination is freedom, it frees our vision with no limitations. When we realize that media is freedom, then we listen to a radio frequency of our own choosing, one that addresses our concerns and attracts our attention. When we participate in a debate, we feel as though we are sitting with a group of friends or coworkers who share the same level of education and experience. We speak freely, without censorship, except that of our own commitment to the truth, which we owe to the listeners. This is the positive role and impact of public and community radio, impartiality, and independence.

It happens that sometimes, when we listen to a guest speaker about a very interesting topic, our attention drifts away and we get distracted, due to our inexperience and lack of presentation skills. Leading an interactive program is totally different from broadcasting. Remember, for example, when football matches were broadcast on the radio – not watched on television! People also used to listen to plays through that small box instead of lining up to get their seats in a huge, dimly lit theater. I assume many Gazans relived this experience during electricity cuts in Gaza, for instance, back in 2014, when radios were the only source of information; people depended on them and trusted whatever news was communicated.

When it comes to radio, what is never missing is the sense of suspense. Most radio content is produced for one-way programming – be it live or on-demand, online or offline. Listeners are therefore exposed to content that they were not expecting or had not looked for previously. Radio’s content provision to listeners does not depend on what they have previously listened to. Developing a critical mind is the tool we must utilize to ensure that misinformation is avoided, and information is received as perceived.

Since innovation is key to good practices and sustainability, especially in media, radios are encouraged to be innovative, as are stations and social media accounts, in addressing issues and presenting their stories.

In Palestine, there are about 20 registered radio stations, but over forty are broadcasting. Back in 2017, only 26 were broadcasting in Gaza, which led to the belief that radio was the only source of information during times of conflict. This brings us back to the importance of reliable information and news, to the type of program that attracts the audience and engages with their concerns, the professionalism of presenters, and their tone of voice. This is precisely what makes the radio station – and any other media source – last long and have a high number of listeners or followers. But this is not the only reason why some radio stations have been shut down.

The rise in the number of stations also reflected the state of experimentation that accompanied the establishment of the Palestinian Authority (PA).*1 The majority, if not all of these stations were created with limited resources and skills. They were generally dependent on self- or family employment. Significant investment in the media has been absent both before and after the establishment of the PA. 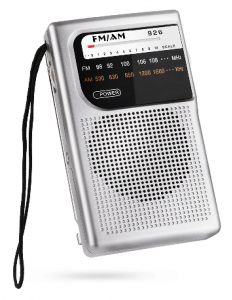 Despite the consideration and need for minimal support, radios, especially those that were community-based, did not survive long. As the PA was being formed, few radio stations were established in rural areas and refugee camps to tackle issues related to settlements, the right to return, and gender-related issues, which were all major concerns for the Palestinian people. While citizens’ basic needs grew and gaps arose in their basic rights, radios could not continue to serve.

To sustain their existence, radio stations had to register as for-profit companies, depending on advertisements. However, in the absence of an advertising policy in place in Palestine, advertisements were looked at closely by regulators to avoid sustaining publicly owned stations and favoring them over those that were privately owned. Economics therefore plays an enormous role in the sustainability and continuation of these media outlets, and the COVID-19 pandemic showed us the reality at its ugliest. The creation of such a large number of media outlets following the establishment of the PA, particularly regarding geographically confined local radio and TV stations, was a deliberate step towards creating media pluralism for Palestinians and ending the reliance on Israeli media, which had been the major source of information and news following 1967.*2

Digital spectrum and social networking took over, radios that could not sustain their presence simply turned into virtual and online radios, functioning with limited staff, mostly volunteers, to support their cause and raise their voices in an open platform. Surprisingly, resilience kept spirits high, and freedom of expression continued to be exercised through open discussion and flow of shared information.

In this overall landscape, radio is a key source of information in Palestine as it reaches a wide range of the public. But radio stations have been hit most by the economic crisis that the COVID-19 pandemic has further aggravated. It is therefore of utmost importance that all sectors in the Palestinian community, especially business owners, contribute to the sustainability of radios, to support their existence offline and online. It is equally critical that radio station owners, especially those who acknowledge their essential role in democracies, provide information and high-quality reporting to encourage social cohesion at the regional, national, and local levels and, through better media coverage, to promote the inclusion of people, particularly women in society and public debate.

Community radio is crucial for providing an outreach mechanism for increased access to education, self-expression, and communication among rural and hard-to-reach populations. Such stations allow communities a sense of ownership regarding their own development agenda, enabling them to become self-empowered to publicly express their opinions, debate issues, and promote the culture, history, and language of their communities.

For Palestine, the key to strengthening social cohesion and resilience of local communities is to create opportunities and channels for dialogue, providing space in the public discussion to make everyone’s voice heard – particularly those in marginalized groups.

UNESCO Ramallah Office regularly utilizes existing radio broadcasting platforms to disseminate messages, to advocate for causes by engaging the public, and to celebrate international days, including among other days the World Radio Day, celebrated on February 13. Currently, UNESCO Ramallah office is conducting an assessment of community radios and the impact that COVID-19 had on them.

*1 The Oslo Accords were signed on September 13, 1993 between the PLO and Israel and led to the establishment of the Palestinian Authority. They were followed in September 1995 by the Interim Agreement on the West Bank and Gaza, commonly known as Oslo 2. For the provisions of Article 36 of Annex III: https://www.mfa.gov.il/mfa/foreignpolicy/peace/guide/pages/the%20israeli-palestinian%20interim%20agreement%20-%20annex%20iii.aspx.