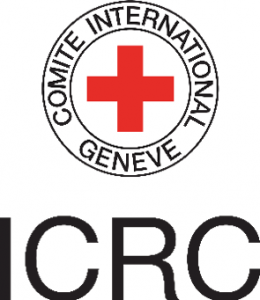 One of the greatest challenges that Palestinians face in the occupied Palestinian territories is climate change. Over the last years, several environmental trends have appeared throughout the West Bank and are expected to intensify and worsen in the coming years, including uneven rainfall distribution, a decrease in natural grazing areas and vegetation cover, increased trends of droughts, and extreme weather conditions.


The Jordan Valley is no exception. The residents have been deeply affected by the lack of water in the area. The impact of the water shortage is not limited to the residents but extends to reach livestock and vegetation cover, which are the only sources of livelihood for the Bedouin communities, as they depend primarily on agriculture and raising livestock.


In addition to dealing with environmental challenges, the residents of the Jordan Valley also face restrictions on water access precipitated by the settlement expansion in the area. Fawzi Daraghmeh from Khirbet Samra/Wadi al-Maleh describes the impact of the lack of water on the Bedouin communities: “The crops succeed only every few years because of the low and delayed annual rainfall compared to previous years, as well as the restrictions on water resources.”


The situation is deteriorating for the residents of Ein al-Hilweh, considering the settlement expansion and restricted access to natural water sources, on which the inhabitants depend in their daily lives. The water spring, as well, is experiencing an unprecedented lack of water as a result of the intensifying environmental changes in the region.


“The Jordan Valley suffers from desertification, uneven rainfall distribution, and drying up of water springs. In the past, the residents of the area depended on 11 water springs, most of which have now dried up, whether because of climate change or settlement expansion in the area,” says Mahdi Daraghmeh, head of the village council.

The lack of water is not the only problem faced by inhabitants of the Jordan Valley; water quality poses another challenge, as even when they gain access to water, it is often undrinkable. Furthermore, they face difficulty in accessing and transporting water, either because of the bumpy roads or due to the restricted access to water sources in the area. “Without water, neither they nor their livestock can survive,” says Fawzi.


Crises are caused not only by conflict but by environmental degradation as well. To ensure that the people are given the support they need, the International Committee of the Red Cross (ICRC) is striving to develop special programs to support vulnerable communities and help them adapt to climate change by seeking sustainable alternatives.