Bending Toward the Sun

An online exhibition by Zawyeh Gallery 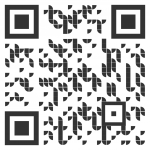 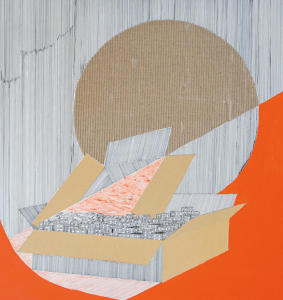 Plants bend toward the sun to seek light; their stems grow longer as they tackle obstacles on the way. In Bending Toward the Sun, Yazan Abu Salameh attempts to navigate barriers to freedom.

The sun dominates Abu Salameh’s artworks and appears in the backgrounds, overlooking structures of concrete. The melancholy of the urban environment and the overwhelming presence of concrete as a by-product of military occupation overshadow his artworks. He works with ink, creating an effect that resembles sections of the separation wall and other military structures. He also presents boxes that are packed with congested buildings with little white windows as a representation of the densely built-up environment in Palestinian towns, as it is restricted from natural expansion. These boxes are left partly open as if the towns desired to escape confinement. The cardboard texture and colors forge a striking connection with both the sun in the sky and the separation wall, as if a conversation between these elements were taking place.

Although the sun is the light source and symbolizes freedom, its scorching heat is fatal. Abu Salameh uses bold orange colors across his works to present enormous suns, their huge orange orbs dominating his works. Some of these big circles are empty, while other circles contain figures or shapes, yet the focal points of these artworks are the enormous suns. The deep orange color used in the backgrounds creates a sort of uncomfortable contrast with the dull greys. In one artwork, the sun looks like an enormous fiery ball rolling over the landscape towards a field of olive groves.

Abu Salameh’s recent series of artworks is inspired by Ghassan Kanafani’s novel Men in the Sun and attempts to pound on the concrete walls in a legitimate cry for justice, striving to break open the boxes of confinement. While Ghassan Kanafani’s men in Men in the Sun were afraid to beat the walls of the tank and consequently suffocated, Abu Salameh paints his version of the novel in the form of children who pound against the tank from the outside. 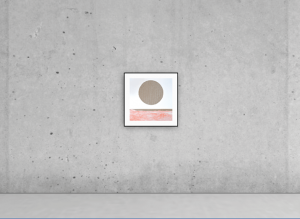 In a rare attempt to depict Palestinian landscape, Abu Salameh draws a scene with olive groves. In the background lies a huge rock almost as tall as the sun, as if it formed a barrier that stops the sunlight from reaching the fields. These fields are painted in black and white (using ink), while two suns – or perhaps a sun and a moon – appear in the background; they differ in size and are colored in deep orange. Abu Salameh’s figures always look up into the sky, whether they are confined between walls or standing in rows at checkpoints. The artworks leave the viewer with a sense of the necessity of demolishing the barriers that stand between us and our suns.