From negating the existence of the Palestinian people to promoting Palestinian fragmentation, Israel has a long record of policies that aim to maximize its control over the land and the people of Palestine. It continues to pursue the policy: all of the land, none of the people. While the most consequential attempt at emptying Palestine of its indigenous population was the 1947–49 Nakba, several discriminatory laws, policies, and practices have been implemented since then, targeting the Palestinian presence in our homeland.

Israel’s Citizenship Law prevents family reunifications when an Israeli citizen marries a Palestinian from the territory occupied in 1967 (West Bank or Gaza). The law also prevents Palestinians in occupied East Jerusalem from reunifying with spouses from the rest of the occupied Palestinian territory. This is a matter of consensus among Zionist parties in the Israeli parliament and represents one of the cruelest measures against the most basic rights of the Palestinian people or people anywhere. When in 2021, Israeli Foreign Minister Yair Lapid explained that banning Palestinian family reunifications represents “one of the tools aimed at ensuring a Jewish majority in the State of Israel,” his statement was not met with an outcry from his Western allies. On the contrary, Western officials have repeatedly stated that “Israel is a democracy” with which they “share values.”

The West allows Israel to do whatever it wants. Thus, the Israeli government has been allowed to impose racist policies on all Palestinians ever since 1948, and it applies not only to the territories it occupied in 1967. The situation of Palestinians living inside the 1948 boundaries is not a priority for any Western diplomat, and Palestinians living in exile rarely receive a mention.

The law banning family reunifications undermines the very basic rights of any citizen to fall in love and form a family.

But the issue of Palestinian family reunifications is at the core of Israel’s attempts to subjugate and fragment the Palestinian people. Compare the Israeli Citizenship Law (and its specific ban on Palestinian family reunifications) with the latest “regulations” regarding the entry of foreign passport holders to the territory occupied in 1967, particularly the West Bank. The emphasis on foreigners having to notify the Israeli authorities when they initiate a romantic relationship with a “resident of the territories” not only indicates the hysterical focus Israel has on the “demographic issue,” it also shows something even more important: In terms of demographic planning, the Israeli government deals with both sides of the 1967 border as a single territorial unit (while paying lip service to its commitment to the two-state solution). That is why Israel is also so keen to prevent Palestinians from abroad from entering or visiting any part of historical Palestine. Adding further urgency to Israel’s febrile plans is that, today, in historical Palestine, the Palestinian population – Christian and Muslim – has surpassed the Israeli Jewish population (by over 200,000 people) for the first time since the Nakba. 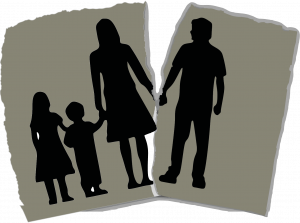 Israel’s doors are open for Jews from other countries. They are invited to move to Israel or become settlers in illegal colonial settlements in the territory occupied in 1967. But the doors are closed for Palestinians who wish to visit, invest, study, teach, pray, or build a family in their ancient homeland.

Israel operates with total impunity in doing this. There is not a hint of reproach from Western parties. And since its actions remain without consequence, why would Israel even consider changing a policy that, according to its own politicians, represents an issue of national security?

In Israel, a Jewish citizen is free to marry any person. A Palestinian citizen is not. The message seems clear: You either isolate yourself within your own communities or leave the country. In the occupied territory, settlers can bring anyone, including Christian Zionists, to volunteer in their illegal colonial settlements. Palestinians cannot even reunify their families. Israel’s control and ultimate say over the Palestinian population registry is very rarely mentioned by Western diplomats, but it is one of the most acute problems faced by Palestinians. Banning family reunifications between Palestinians on both sides of the 1967 border cannot be separated from Israel’s overall policies to control the land and the people of Palestine. But the fact that Israel has chosen to violate even the right to family life for Israeli Palestinian citizens is very telling and shows precisely why Palestinian, Israeli, and Western human rights organizations such as Amnesty International and Human Rights Watch have denounced Israeli policies as apartheid policies. 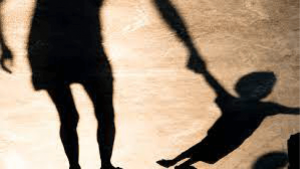 The international community has enough tools to confront this situation. The question now is: Will international actors continue to treat Israel as a state above the law, or will they finally consider Palestinians as equal to all others?