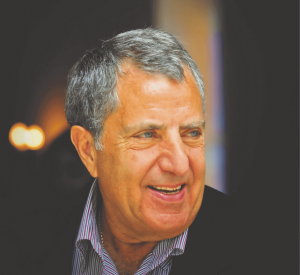 At 84 years old, Alberto Kassis has achieved everything he has set out to do in life. To the world he is a successful entrepreneur, a renowned businessman, a politician. Then, there is the private person, the family man.

Alberto was born in Chile shortly after his family – his parents and two older brothers – arrived from Bethlehem, Palestine. Like most immigrants, they arrived without speaking the language, with few belongings, and almost no money, but filled with the desire to give their children a better future.

The father died soon after their arrival, and his mother, Mercedes, became the center of the family. She created a loving home, and under her strict but caring eyes, Alberto forged his character: strong, hard-working, determined, irreverent at times, but compassionate, affectionate, and protective of his own. At only twelve years old, he left school to work side by side with his brothers.

Family is very important to him. With his wife of almost fifty-two years, Ana María, they exemplify a marriage based on love, respect, and companionship, where each enhances the other. A firm but loving father, he has taught his two daughters humility, simplicity, honesty above all, and the straight path – values ​​that are being passed on to his six grandchildren so that they in turn pass them on to their own children. 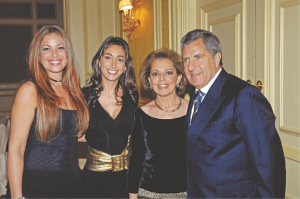 For him and his family, his native land has a special meaning. The Chilean countryside, with its animals and traditions, is the place where the family comes together. It also evokes memories of his beloved Palestine, a land that has always been part of his narrative.

His love of his ancestral land coupled with an appreciation of the importance of education motivated Alberto to found, more than twenty years ago, with his two dear friends, the late José Said and Mario Nazal, the Belén 2000 Foundation (Bethlehem 2000 Foundation). Dedicated to raising funds for scholarships for Palestinian students, it has united the Palestinian community in support of children.

More recently, Alberto and Ana María recovered part of his old family home on Star Street in Bethlehem, who together with George Al-Ama and the Center for Cultural Heritage Preservation (CCHP) restored it, and established the Dar Al-Sabagh Diaspora Studies and Research Centre, thus creating a bridge between Palestine and the diaspora. The impact of this institution, which has become the socio-cultural center of the city, welcoming tourists and locals, and hosting exhibitions and talks on Palestinian art and culture, has been felt beyond Bethlehem, throughout the Palestinian diaspora. 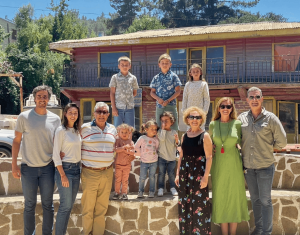 Alberto’s current project in Palestine is the restoration of another part of his ancestral home and its transformation into a small guesthouse. Alberto and Ana María want visitors to have a complete experience in Bethlehem. Let them breathe Palestine, walk Palestine, eat Palestine, pray Palestine, and enjoy Palestine. In short, they want Palestinians of the diaspora, even for a few days, to feel in their hearts and veins how it is to live in Palestine.