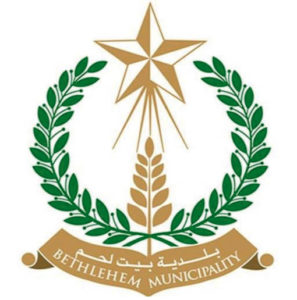 Palestinian identity in Bethlehem has certainly been under threat, but the one thing that remains steadfast is the Church of the Nativity, where it all began.

In September 2013, the Higher Presidential Committee of Churches Affairs shouldered the responsibility of renovating the entire Church of the Nativity, together with an Italian mission from Pavia. This impressive structure is important not only for Christians but for all humanity as well. With every step, the archeological mission discovered hidden cultures and treasures from past periods.

The builders who constructed this wonderful monument deserve our thanks and respect, as do the pilgrims who have come to visit this holy place over the centuries. To Christians, the Church of the Nativity is the cradle of creation where each corner tells a story. The message of peace and humility that springs from the holy birth should always remain in our hearts. Through his incarnation, Jesus taught us to respect humanity and to live in peace with others. He called for peace in the world, including in this land that so yearns for peace.

Renovating the Church of the Nativity and preserving its history and authenticity is a way to show respect for the message of Jesus Christ. The renovations have revealed wonderful mosaics both on the church floor and on the walls, not to mention the seventh angel that had been hidden for years under the plaster, and two baptismal fonts that had been covered by layers of lime deposits. The church’s historical and religious value is reflected in the iconic mosaics and the original tiles from the time of the Roman empress Helena and the emperor Constantine, in addition to the aesthetics of the pillars.

Whether religiously, historically, culturally, or even politically, the Church of the Nativity is a mirror of past generations to those of the future. It is also a witness to past suffering, harsh conditions, and wars that have led to the ruin of societies and civilizations. The lack of peace in the Holy Land poses similar challenges to local Christians, which is evident in their declining numbers due to immigration. However, we should learn from this renovation project that it is possible to build our dignity and humanity from apparent ruins. We should stand up for our identity since it is the pillar of our existence. Christianity started at the Church of the Nativity, and Jesus of Bethlehem, born in that church, is the foundation of our Christian story.

The Treasures of The Nativity