During high school, I was passionate about journalism and thought of pursuing studies to fulfil my ambition – inspired by the fact that in the 1980s there were few Palestinian female journalists who worked with the only three media outlets (mainly newspapers) that existed at the time. However, family advice and school counseling pointed to media being a terrain with no guarantees of a sustainable career, which then led me to complete my bachelor’s degree in economics and business at American University in Washington DC. 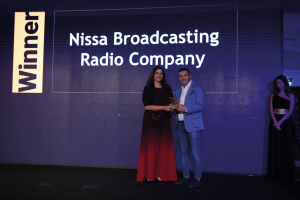 Destiny led me to media. Having returned from America and worked in the Palestinian private and diplomatic sectors, I was propelled to where I was meant to be – first, as founder and manager of the pioneering English radio station in Palestine, 93.6 RAM FM in 2005, and thereafter as the co-founder and managing director of the first and currently only women’s radio station in the Arab world, Radio Nissa FM in 2010. Consequently, my views and assessment of the media sector in Palestine, mainly broadcasting, are a result of my institutional experience and subsequent knowledge.

Even though the Palestinian media sector – as a source of information separate from the occupation media outlets – may have filled the gap that had previously existed, it remains beset with huge challenges. According to a survey conducted by the Central Bureau of Statistics in 2019, there were 70 radio stations broadcasting in Palestine,*1 and 11 TV stations.*2 Palestine also has three newspapers that are distributed in print format, and many social media outlets have sprung up, providing Palestinians with news, information, and entertainment. According to the Palestinian Ministry of Telecommunications, Palestine is unique in that it has more radio stations per capita than any country in the world.

Although this new abundance may have solved or filled a gap, there remain unsolved issues and complications. For example, the number of media graduates from Palestinian universities is high, with limited opportunities for them, especially for female graduates. With media outlets unable to absorb them, they have exacerbated the unemployment issue. Those who are fortunate enough to obtain employment generally do not earn a salary that is in keeping with their education and work effort. Aggravated by the COVID pandemic, media outlets have suffered financial losses that forced them to lay off journalists and employees or put them on reduced salaries and working hours. Moreover, as citizen journalism has presented itself as another source of information and news that is very popular in Palestine, it has taken attention away from traditional media and has gained a substantial share in the news and information market.

Female journalists continue to face societal and work challenges: access to jobs is limited, and freedom of movement and work is more restrictive for them in comparison to their male colleagues. Senior positions in media are still monopolized by males, despite a slight improvement in recent times. 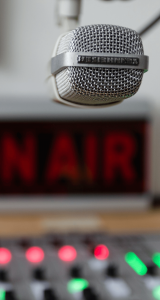 In general, freedom and access to information continue to be limited in Palestine. The occupation is a major reason for the prevailing lack of mobility that affects the work of journalists. It is exacerbated by Palestinian media laws that should be reformed and changed to accommodate and fit in with modern media criteria. The law that regulates the right to access to information, for example, must be clarified. Unethical competition between media outlets and technical issues also remain a major concern that should be seriously addressed by the formal sector and the regulators.

All is not lost. Having experience in this challenging sector, I have learned that obstacles can be overcome if planning is done well. Media is no different from any other sector: strategic planning and analysis are regularly needed. Surveys and questionnaires are important. The number of listeners does not indicate the success of the media. Sustainability and social impact, rather than numbers, become paramount.

In addition, it is a moral and societal duty to have responsible media that is capable of initiating change and diversifying its content. Media is obliged to make a positive, even transformative, impact on society and its attitudes instead of increasing the numbers and profits at the expense of quality and integrity. Most importantly, media has to be dynamic and not rigid; it has to be vocal and objective, and must build rather than destroy. Finally, media has to adjust and evolve to keep up with all the technological and media trends of today.